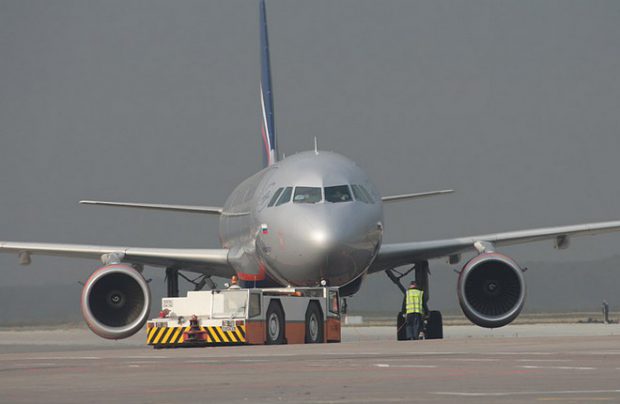 Since the beginning of this year, Aeroflot has taken delivery of eight new western aircraft as well as four Russian-built jets (Aeroflot)

By the start of the IATA summer season (March 25), the fleet of Aeroflot, Russia’s national flag carrier, increased with the addition of four new Airbus A320 family aircraft.

In just six days, the nation’s largest airline took delivery of three factory-fresh A320s and one A321 from the assembly lines of Toulouse and Hamburg respectively.

The new aircraft registered VP-BIY, VP-BIF, and VP-BII, arrived at the airline’s Moscow Sheremetyevo airport base on March 21, 23, and 26. Equipped with fuel-efficient Sharklet wingtips, each aircraft enjoys identical cabin layouts with ix passengers in business class and 150 in coach.

The 183-seat Airbus A321-200, registered VP-BKZ, arrived in Moscow on March 23. It is powered by CFM International CFM56-5B3 engines and is designed to carry 16 passengers in business and 167 in economy.

In total, since the start of the year, Aeroflot has taken eight Western-built aircraft – three Airbus A320s, three A321s, and two Boeing 737-800s – as well as four Russian-made Sukhoi Superjet 100s. Two Boeing 737-800s, registration numbers VQ-BHB and VP-BFB, were delivered on January 24 and February 27 respectively. Both aircraft are designed to carry 20 passengers in business class and 138 in economy. Both B737-800s are powered by CFM56-7 engines.

Also in the period, two CFM56-5B-powered Airbus A321-200s were delivered on February 7 and March 1. These additions, with registrations VP-BTK and VP-BKJ respectively, seat 16 in business and 167 in coach.