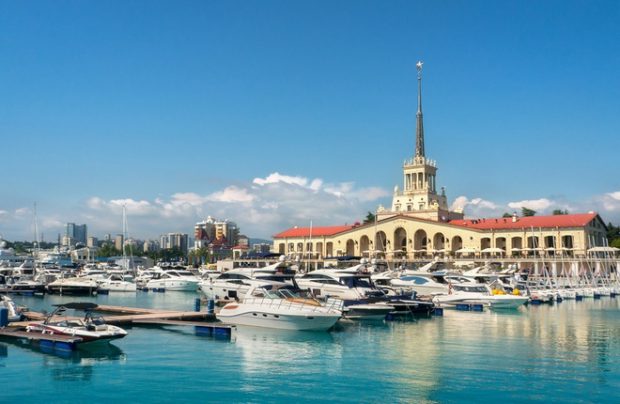 Hybrid airline becomes the first UAE carrier to offer direct flights to Sochi, one of the major tourist hubs in Russia (flydubai)

In line with its strategy of opening up previously underserved markets, the Dubai, UAE-based hybrid airline flydubai has announced the start of flights to the Russian Black Sea tourism resort of Sochi.

Flights FZ985/986 between Dubai International (DXB) and Sochi International Airport (AER) will operate twice a week, starting from early June, when flydubai becomes the first carrier to offer direct flights on this route from either the UAE or the Arab states.

Commenting on the development, Ghaith Al Ghaith, flydubai’s chief executive, notes: “Russia is an important market for flydubai and we are pleased to announce these new direct flights to Sochi which will support the growing flow of travel, trade and tourism between the two countries.”

flydubai has been operating air services to the Russian market since 2010 and is active in former Soviet Union in general. Sochi is one of the major tourist hubs in Russia. It is popular for its beaches, its forests and the Caucasus Mountains range, as well as for hosting the 2014 Winter Olympics and being home to some of the best facilities for winter sports. Earlier this year, the UAE authorities and the Russian Federation announced a joint visa-free regime between the countries for the first 90 days on the arrival.

Jeyhun Efendi, senior vice-president of commercial operations and e-commerce at flydubai, adds: “We are confident that our high quality and reliable service and the convenience of these direct flights, together with the recent changes in visa requirements for Russians and UAE nationals visiting both countries, will make this resort city located on Russia’s Black Sea Coast a popular choice for passengers.”

Emirates will codeshare on this route, and bookings made under the codeshare will allow Emirates passengers to receive complimentary meals and the Emirates checked baggage allowance on flights operated by flydubai. This partnership arrangement between the airlines was introduced in 2017.

flydubai (legally a Dubai Aviation Corporation) operates to more than 90 destinations in 47 countries and has a single fleet-type of 59 aircraft including Boeing 737-800s and B737 MAX 8s, MAX 9s with the MAX variants currently grounded.