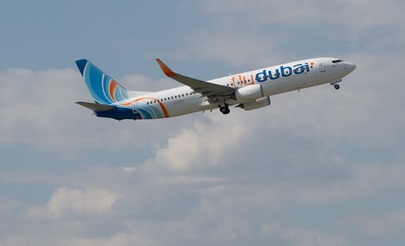 Flydubai Boeing 737-800 crashed on landing at the airport of Rostov-on-Don (ROV), in Southern Russia, at 3.50 am local time (00:50 GMT) this morning. The airline confirmed that the flight FZ981 departed from Dubai International (DXB) at 18:20 GMT on March 18 with 55 passengers and 7 crew members onboard. The nationalities of the deceased passengers include 44 Russians, 8 Ukrainians, 2 Indians and 1 Uzbekistani.

The Russian Ministry of Emergency Relief reported that the aircraft crashed during the second landing attempt. The ministry confirmed the aircraft received extreme impact damage at the beginning of the runway. The airport of Rostov-on-Don is closed today.

The plane’s flight path, as tracked by Flight Radar 24, shows the plane spent nearly two hours making a number of turns near the Rostov-on-Don airport prior to the final attempted landing.

This is believed to be the first flight accident with fatalities for flydubai. This lowcost carrier was set up by the government of Dubai, UAE, and started operations in summer 2009. It fleet consisted of 50 Boeing 737-800 narrowbody aircraft.

Flydubai carried 9.04 million passengers in 2015, by almost 25% more than in the previous year. Nevertheless, the airline reported that the number of passengers carried on the Russian flights decreased by 22% last year.