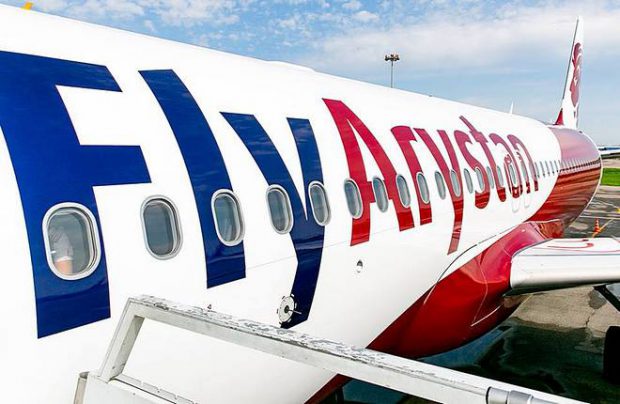 The number of tickets sold by the Kazakhstan’s only LCC amounts to more than 185,000 (FlyArystan)

Earlier this week, FlyArystan, Kazakhstan’s only low-cost carrier (LCC) and central Asian’s new budget airline, carried 100,000 passengers since its start of operations on May 1.

The LCC’s on-time performance remains high too, at 91 per cent, and its passenger load factor reached an average of 93 per cent in the period.

Meanwhile, the total number of tickets that have currently been sold by the airline already amounts to more than 185,000, reaching to the end of October. “Cheap fares [have] made it possible for Kazakhstanis to plan their travels a few months in advance,” observes Zhanar Zhaylauova, FlyArystan’s sales and marketing director.

The airline serves six routes from its Almaty base, to Nur-Sultan, Taraz, Uralsk, Karaganda, Pavlodar and Shymkent.

FlyArystan, which took to the skies for the first time on May 1, is a division of Air Astana and currently operates a fleet of two six-year-old Airbus A320s configured with 180 seats, and there are two more aircraft expected to join the fleet by the year-end. The airline is hoping to carry some 700,000 passengers in 2019.

FlyArystan’s fleet is expected to reach at least 15 aircraft by 2022 as it steps up operations from multiple aircraft bases in Kazakhstan.