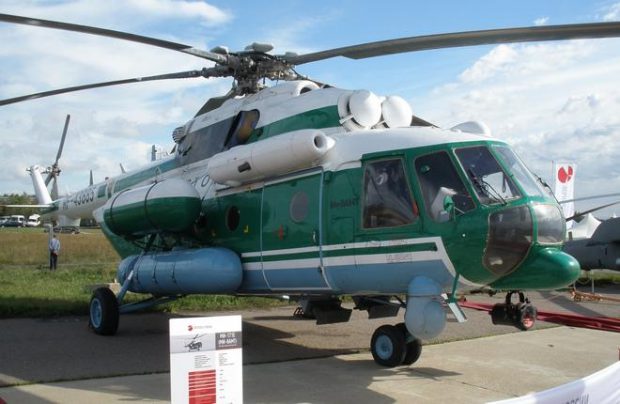 Russian Helicopters has commenced flight tests of the Mil Mi-171E multirole helicopter equipped with upgraded engines and an improved rotor system. The testing program at Ulan-Ude Aviation Plant (UUAP) will stretch until the end of this year.

The helicopter has been fitted with a new main rotor and a so-called X-shape tail rotor with composite blades, as well as an upgraded swashplate, stabilizer, and tail fin. The modification is powered by a pair of Russian-made Klimov VK-2500 PS-03 FADEC engines. The upgrades are expected to improve the aircraft’s performance and efficiency.

One of the new rotor system’s primary features is its reduced weight. At the same time, its components have an increased service life while requiring less complicated maintenance. The upgraded 2700 shp VK-2500 PS-03 (which also powers the Mi-171A2) has 1.5 times longer the service life.

The FADEC system maintains optimum thrust and the highest efficiency possible depending on the current flight parameters. The system synchronizes thrust modes by gas generator RPM; it also compares the two engines’ turbocharger RPMs to synchronise the powerplant performance. The system eliminates the need for some components and wiring, thereby reducing the overall aircraft weight.

Mi-171Es are operated around the world in a variety of roles. Two examples have been delivered to Pakistan this year. These are equipped with convertible cabins for medevac missions, patrolling, emergency response, passenger and cargo transportation.

Under a 2012 contract between Russia’s defense corporation Rosoboronexport and China’s Poly Technologies, several such helicopters have been delivered to China to be operated in mountainous areas of the country. In 2011, two Mi-171Es were delivered to Argentina to supply that country’s Antarctic polar stations and fly search-and-rescue missions.