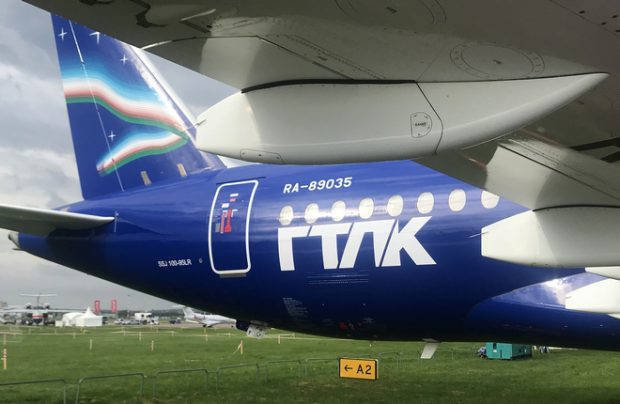 GTLK Europe Capital DAC is a financing special purpose entity of GTLK Europe DAC, an Irish subsidiary of the Russia-based State Transport Leasing Company (known by its Russian acronym GTLK) and has been established as an operating entity utilising the favourable tax and regulatory regimes of Ireland for the leasing of aircraft and ships.

The notes represent the direct, unsubordinated and unsecured obligations of GTLK Europe Capital and will benefit from unconditional and irrevocable, joint and several guarantees from both of GTLK and GTLK Europe, says a Fitch statement.

The proceeds are earmarked for mainly general corporate purposes including the refinancing of current outstanding US dollar-denominated borrowings.

The facility agreement includes financial covenants relating to GTLK (for example the maintenance of positive net interest income, including operating lease income, and an equity-to-asset ratio of above 10 per cent).

The terms of the issue also provide note-holders with a put-option in the case of the Russian sovereign (BBB/Stable) ceasing to control more than 75 per cent of GTLK’s and/or GTLK Europe’s equity. Both companies are currently ultimately controlled by the Russian government, which is represented in the arrangement by the Ministry of Transport.

GTLK Europe is an international leasing company based in Dublin, Ireland. The company’s main activities include leasing, trading, remarketing, asset management, as well as consulting on commercial aircraft and ship transactions. The company, a wholly owned subsidiary of GTLK, owns and manages a portfolio of air and sea assets worth more than US$2.3 billion. The portfolio includes 65 narrow-body and wide-body aircraft.