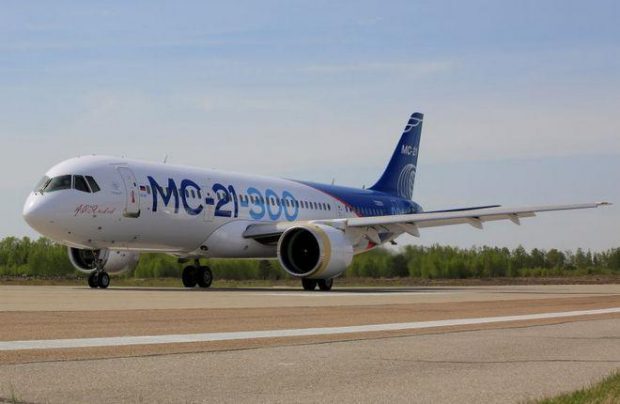 The aircraft is being readied for its first flight (Irkut)

The first flying prototype of Russia’s Irkut MC-21-300 single-aisle airliner has completed the first low-speed taxi trial in the run-up to the maiden flight.

Preparations for the first flight are on schedule, the company says. Ground checks are being run on the airliner’s systems, powerplants, and auxiliary power unit. The aircraft has yet to complete high-speed taxi tests. The first MC-21-300 flying prototype was rolled out on April 28. It is expected to perform its maiden flight before the end of May.