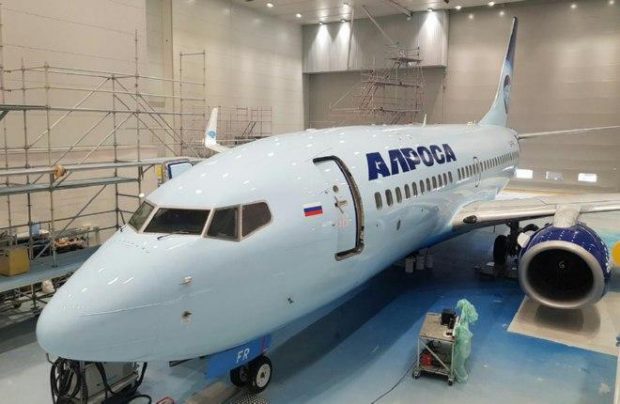 Alrosa Airlines (subsidiary of Russia’s diamond mining giant Alrosa) revealed the pictures of the first Boeing 737-700 painted in the carrier’s corporate livery. The aircraft with tail number EI-GFR was painted by Magnetic MRO, Estonian provider contracted by Alrosa for continued airworthiness of its Western-built aircraft.

Magnetic MRO earlier provided maintenance works on the first Boeing 737-700 in Alrosa Airlines’ fleet. But that aircraft with tail number EI-GCV was redelivered to the Siberian operator painted white. It is expected to return to Tallinn shortly for painting work.

Each of Alrosa Airlines’ Boeing 737-700s is fitted with 136 passenger seats in single economy class configuration.