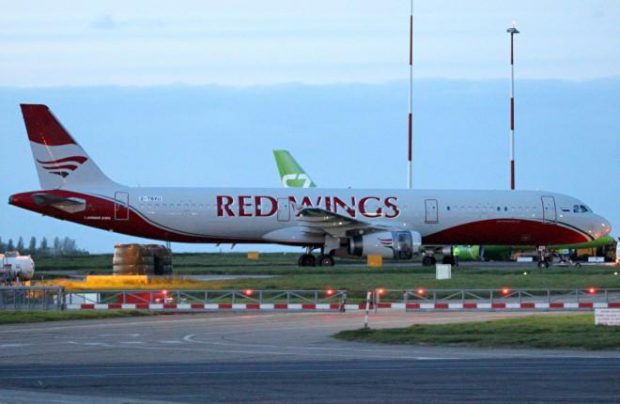 An Airbus A321 believed to be destined to Russia’s Red Wings Airline was spotted at Britain’s Norwich airport in late April. The airframe will become the first foreign type in the Russian airline’s fleet.

According to open source data, the aircraft painted in the Red Wings livery was built in 1998, and was previously operated by Greece’s Olympus Airways.

The aircraft is equipped with IAE V2500 engines, which are not very common in Russia.

The photograph of the A321 in the Red Wings livery indicates that the project has not been abandoned. Rubtsov commented for Russian Aviation Insider in late March that the carrier had purchased two A321s. According to the Federal Air Transport Agency, the airline currently operates seven Russian-built airliners, including six Tupolev Tu-204s and a single Tu-214.

Rubtsov offered two reasons for the A321 move. First, Red Wings’ 210-seat Tu-204s have similar characteristics to the Airbus airliners. Second, the A321s will complement the Airbus A320s to be eventually operated by partner airline Nordavia.

Rubtsov also commented on Red Wings’ plans to add Irkut MC-21 airliners to its fleet: “We view the Airbus A321 as an interim type in the run-up to the beginning of MC-21 deliveries. With Airbus A321s in our fleet we expect to increase our traffic volumes and expand the number of destinations served. This would be impossible to do with our Tu-204s alone because proper utilization of the type is difficult to achieve in winter. Until now we have intentionally minimized the frequency of operations during the winter months, which is, of course, not conducive to building a proper route network.”

Red Wings served 58,400 passengers in January and February 2017, or 38.4% down year-on-year, due to the carrier’s having phased out its Superjet SSJ100 regional jetliners last summer.