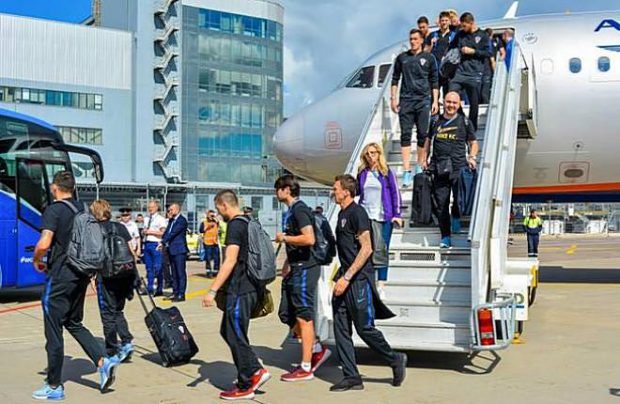 All three of Moscow’s airports – Sheremetyevo, Domodedovo and Vnukovo – experienced a surge of traffic in June, largely boosted by the FIFA World Cup.

Contributing factors also included the usual high season travel demand and the launch of new routes, reports Russian aviation regulator Rosaviatsiya. The airports enjoyed a 30.7 per cent surge in the number of travellers on international charter flights in the month, reaching 949,100 passengers. In the period, the domestic charter business increased by 15.5 per cent, to 83,800 passengers.

The busy month saw Vnukovo retain its status as the growth-rate leader, benefitting from an 18.2 per cent year-on-year improvement. In June it handled 2.2 million passengers (1.3 million on domestic and 896,000 on international routes), reaching its historic record of monthly traffic. Its domestic traffic grew faster than international, 21.4 per cent against 13.9 per cent, respectively. The list of the most popular destinations included the World Cup host cities of St Petersburg, Sochi and Rostov-on-Don, as well as Russian leisure destinations (Simferopol, Mineralnye Vody, Krasnodar), within the CIS (Baku and Tbilisi) and beyond (Antalya and Istanbul, Larnaca and Pathos, Barcelona, Burgas).

For the entire period of the football championship, from June 14 to July 15, Vnukovo handled some 2.8 million passengers, with 244 additional charter flights. Vnukovo’s traffic for the first half of the year has reached 9.4 million passengers, up 19.8 per cent year-on-year.

Meanwhile, the football fiesta meant that Domodedovo, the country’s second biggest airport, finally manage to climb out of stagnation and enjoy slight growth of 0.4 per cent year-on-year. Its three million passengers were distributed evenly on domestic and international flights, although international traffic grew faster at 5.5 per cent. On routes to the World Cup host cities, Domodedovo served 570,000 passengers, 31 per cent more than the same period of last year. The majority of the airport’s additional 1,500 flights originated from Lisbon, Madrid, Copenhagen, Munich and Paris. To cater for the additional traffic Domodedovo opened the first wing of its new Terminal 2 – providing an additional floor area exceeding 157,000 square metres.

The airport handled 13.7 million passengers in the first half of the year.