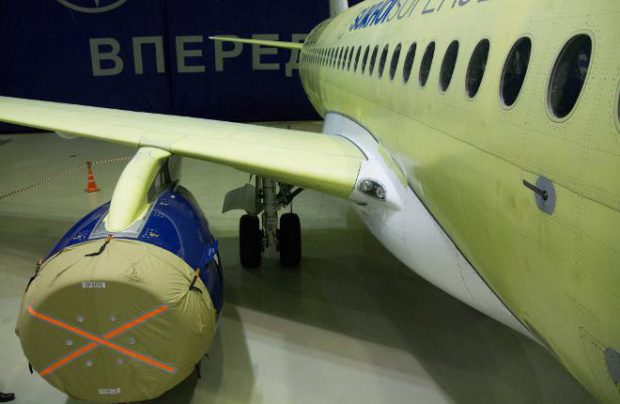 The aircraft’s manufacturer, Sukhoi Civil Aircraft Corporation (SCAC), explained to Russian Aviation Insider that the testing is done to extend the component’s service life. The modernized doors are installed on SSJ 100s operated by the Mexican Interjet and Irish CityJet.

The partially composite door is designed to cover the large openings in the cowling, which occur when the main gear are extended. The main structural difference is that a blade, which was located on the strut, has been moved onto the door making it longer. As a result, when an aircraft is flying with extended gear it counters less aerodynamic drag, which is particularly important in hot and high conditions.

According to TsAGI, the new doors will be subject to extreme operational loads. It will undergo 80,000 cycles during the testing.

The upgraded door will be available as a retrofit for the existing SSJ 100 fleet, SCAC told Russian Aviation Insider.