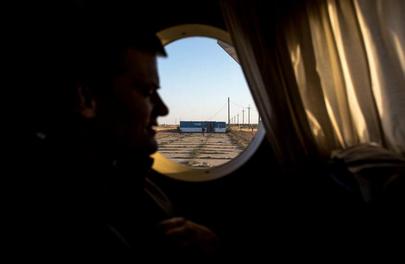 In February 2016, traffic on Russian airlines’ grew 0.9% YOY to 5.158 million passengers, according to a report issued by the Federal Air Transport Agency, a change to earlier preliminary data, which declared a lesser result of 0.2% growth, to 5.121 million passengers.

The trend of growing domestic traffic against shrinking international traffic is continuing. In February, Russian airlines carried 3.413 million passengers inside Russia (+15.3% YOY), and 1.744 million on international routes (-18.9%). Traffic on routes inside the CIS declined fastest— -21.7% to 408,500 passengers—whereas 1.336 million people traveled outside the CIS, a decrease of 18% as compared to last year’s February result. This presents a new trend. Cargo traffic grew more than expected: +2.5% to 75,213 tons.

However, cumulative data for two months demonstrate a different trend: the passenger traffic declined 2.9%. Cargo traffic during the same period grew 6.9% to 153,310 tonnes.

Thus, the share of the top-five airlines reached 68.4% of Russia’s total passenger traffic, up from 54.6% of last year. Aeroflot Group (made up of the title carrier and its subsidiaries Pobeda, OrenAir, Rossiya, Donavia and Aurora) is accountable for 54.5% of the market.