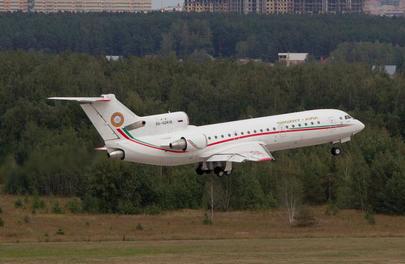 Based on a planned inspection conducted last month the authorities allowed Grozny Avia to continue operations until September 6 only. The carrier was banned from operating international flights in April this year.

Cosmos may continue flying until August 1 this year. Apart from the inspection results, the airline’s financial standing appeared unsatisfactory to the authorities. In April this year, the airline was sold by its previous owner Rocket and Space Corporation Energia to state-owned Roscosmos corporation. It was then announced that the carrier would “continue providing air transportation services to all Russian enterprises engaged in the rocket and space industry.”

FATA spokesperson explained to Russian Aviation Insider that although both AOCs will virtually become void, the agency has currently no authority to cancel them at its own initiative, and can only do so upon receiving a respective application from the management of the airline in question. He also mentioned that work is underway to return to FATA its canceling power. Appropriate corrections should soon be introduced to the Federal Aviation Regulations (FAP-246).

Earlier this year, FATA cancelled AOCs of Donavia and OrenAir, after both carriers merged with their sister-airline Rossiya. Both AOCs were cancelled by request from the operators.