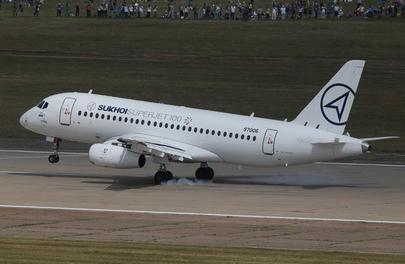 European aviation authorities validated an IAC AR-type certificate extension to confirm that the Russian aircraft Sukhoi Superjet 100 (SSJ 100) is capable of making automatic landings. This follows a report by French manufacturer Thales Avionics, which states that the European Aviation Safety Agency (EASA) issued a certificate to an autopilot developed by the company for the SSJ 100, confirming the autopilot’s compliance with ICAO CAT IIIa standards.

The Aviation Register’s supplemental certificate from the CIS-wide Interstate Aviation Committee was granted on June 20, 2014. This certificate confirms the SSJ 100’s capability of a category ICAO CAT IIIa automatic landing.

The fact that Europe was going to validate the certificate extension for SSJ 100 became evident in late September 2015. By that time, the aircraft had performed two test flights between Venice and Verona, in which it had demonstrated its capability of landing as defined by the category ICAO CAT IIIa. During these flights, the aircraft capabilities of using a vertical navigation (VNAV) and precision-area navigation (P-RNAV) functions were also tested.

The extension of the European certificate will enhance the Russian aircraft’s attractiveness for foreign customers. Among other things, a certificate for the SSJ 100B-100 version is planned to be validated in Europe. This aircraft equipped with uprated SaM146-1S18 engines is capable of steep approach landing. The modification is expected to be delivered to the Irish airline CityJet, which has ordered 15 SSJ 100s with a possibility to increase the order by an additional 16 aircraft.

The SSJ 100 basic certificate was validated in Europe in early 2012.