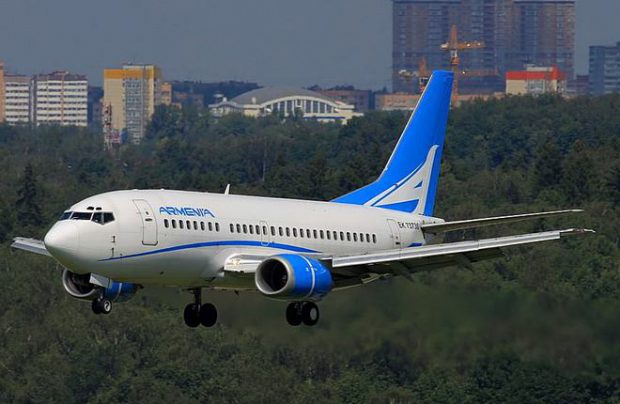 The European Union’s Air Safety Committee has tightened its oversight of Armenia’s aviation safety regulators and its airlines. “The Armenian Civil Aviation Committee has been put under heightened scrutiny – because of signs of a decrease in safety oversight,” reads a warning update to the latest official EU Air Safety List.

The latest December 9 updated register (commonly referred to as the ‘European blacklist’) follows the EU Air Safety Committee’s current banning of 115 airlines from 15 states from operating in European airspace. Armenian carriers are not on the list – yet.

There are currently two airlines registered in the Caucasian country: Aircompany Armenia and 2019 start-up Armenia Airways. A third airline, Taron-Avia, has recently been forced to suspend its operations because of financial insolvency. The one-time national carrier Air Armenia suffered the same fate after the country declared an open-skies policy.

Two CIS countries remain on the EU blacklist. They are Kyrgyzstan, with its 13 airlines and Moldova with seven, with the notable exclusions of Air Moldova, FlyOne and Aerotranscargo.

Earlier this year, the European Aviation Safety Agency (EASA) imposed a ban on all flights of Turkmenistan’s only carrier, the state-owned Turkmenistan Airlines but, by mid-October, the airline was able to confirm its new compliance with all the technical requirements related to air operations of Third Country Operators in the EU (Part-TCO).