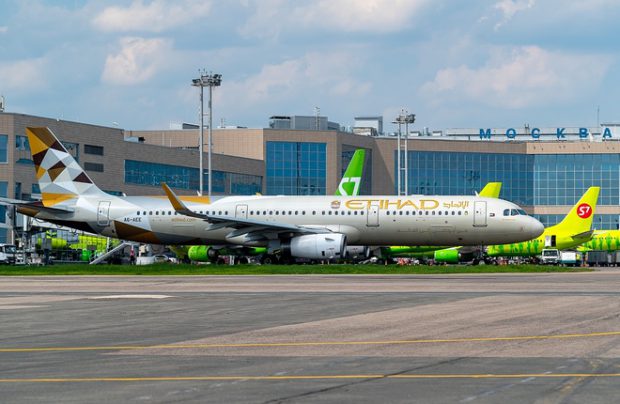 Etihad has been serving the Russian market for 11 years, having inaugurated the route in 2008 (Domodedovo)

Etihad Airways is to add additional Airbus A320 daily flights between Abu Dhabi and Moscow’s Domodedovo Airport (DME) from October 27. According to the Middle East carrier, the increase in flight frequencies is a direct result of the popularity and the success of the existing regular Abu Dhabi-DME operations.

Etihad Airways first launched flights to Moscow Domodedovo in 2008 and, since then, has doubled its annual traffic on the route, serving a total of more than one million passengers in the period.

“Etihad’s additional daily service provides more flexible travel options between the two capital cities and our guests can now choose between a daytime and an evening departure from both Abu Dhabi and Moscow,” states Robin Kamark, Etihad Aviation Group’s chief commercial officer. “The addition of the second flight underscores the importance we place on the Russian market, by providing our customers greater flexibility and convenience to visit the UAE as well as easy transits through Abu Dhabi to key points across Asia and Australia,” Kamark adds.