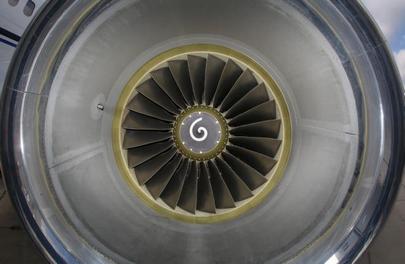 The shop is capable of servicing 23 CFM56-5B/7B engines per year (Photo by Fyodor Borisov / transport-photo.com)

Russia’s leading independent MRO provider, the Engineering Holding has opened the only maintenance and repair shop for CFM56 engines in Russia. Located at the premises of the holding’s subsidiary S7 Engineering at Moscow Domodedovo Airport, the shop is capable of serving 23 CFM56-5B and -7B engines per year, thereby saving Russian operators of Airbus A320 family and Boeing 737NG aircraft time and money on maintaining their fleet.

The new dedicated engine shop is launched in the framework of a joint project between the Engineering Holding and its European partner, Swiss company SR Technics. S7 Engineering’s EASA Part 145 certificate was extended to include respective authorizations this May. The shop is fully outfitted with equipment and tooling from provider authorized by the engine’s manufacturer CFM International. S7 Engineering’s staff received appropriate training by SR Technics in Zurich, which involved complete disassembly, inspection and assembly of a powerplant. Technology transfer included implementation of Lean Production and Continuous Improvement practices.

In June the shop performed its first maintenance on an Airbus A320 engine. It involved replacement of a on a CFM56-5B without the engine removal from wing. Using the Continuous Improvement practices, the shop’s technicians came up with a procedure that enabled them to save 12 hours of the repair time.

For a more detailed inspection the engines are removed from wing and serviced at the shop, where S7 Engineering’s personnel can perform an in-depth analysis, cocoon an engine for long storage or prepare it for return to a lessor. If a defect is discovered which requires a more specific treatment, such engines will be transported to SR Technics’ base.

Russian operators will benefit from the shop’s services by significantly saving time and costs associated with customs clearance procedures, transportation of engines and rental of spare powerplants. “Sometimes these expenses cumulatively exceed the costs of repair. At S7 Engineering we eliminate these costs and minimize engine’s ground time,” the company’s spokesperson told Russian Aviation Insider.  He estimated those savings to amount to $100,000 to 300,000, and 10 to 20 days on the complete procedure from removal from wing to redelivery to customer.

Engine MRO market volume in Russia (all types of engines) is valued at $0.6 billion, according to the Engineering Holding’s CFO Roman Fyodorov. There have been earlier attempts to organize CFM56 maintenance shops in Russia, such as a joint project between Snecma Services, Aeroflot and VARZ400 in 2007, UWCA’s project in 2009 and NPO Saturn’s project in 2014. However the only project that reached success was Transaero’s  CFM56-7B maintenance shop in Vnukovo, which had to be closed after the airline’s bankruptcy. Its manager Alexey Starkov became the head of engine repair unit at S7 Engineering.

According to the Russian Federal Air Transport Agency (FATA) at the end of June Russian carriers held valid air worthiness certificates for nearly 100 Boeing 737NG and 230 Airbus A320 family aircraft.