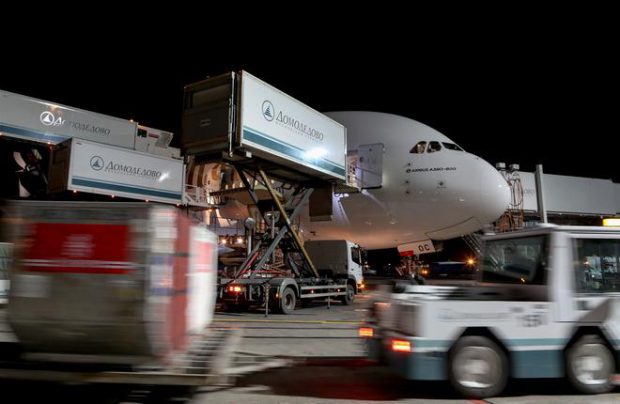 The second A380 on the Dubai-Moscow route will start flying on October 1 (Leonid Faerberg / transport-photo.com)

Dubai-based Emirates Airlines, the only carrier that operates Airbus A380s on routes to Russia, plans to begin putting exclusively these aircraft on its flights to Moscow’s Domodedovo airport. Passenger numbers on the route have grown sufficiently to warrant the change, the carrier explains.

The change will be implemented from October 1, 2017.

Emirates operates two daily return flights between Moscow and Dubai. One of these is served by 517-seat A380s, the other by Boeing 777-300ERs, which seat 354 or 364 passenger. Replacing the 777 with the Superjumbo will therefore increase the carrier’s weekly capacity on the route by between 17.4% and 18.7%.

The Gulf airline started flying the A380 to Moscow in December 2012, but replaced it with the 777 in late 2014 as international traffic from Russia thinned due to the economic downturn. The double-decker was reintroduced on one of the two weekly frequencies on October 1, 2016.

For Russian travelers, Dubai is an appealing destination and also a convenient hub offering connections to long-haul flights around the world.