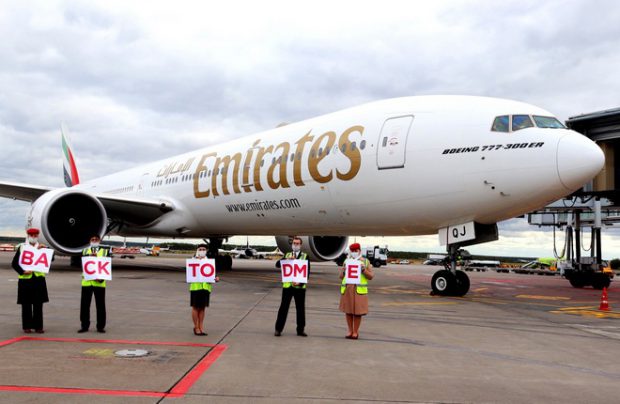 The world's largest airliner is back in Moscow (Emirates)

A week after resuming its flights to Russia, Emirates announced it would replace the Boeing 777-300ER that operated the route with an Airbus A380-800. Due to strong passenger demand, says the airline, starting September 18, Emirates flight from Dubai to Moscow Domodedovo airport (IATA: DME) will be operated by the world’s largest aircraft. This makes the Russian capital the sixth city in Emirates’ global network served by the type, joining Cairo, Paris, London Heathrow, Guangzhou and Toronto.

Emirates passenger services to Moscow were re-launched on September 11, with two weekly flights. The service offers Russian travelers renewed connections to the Middle East, Asia Pacific and Africa via Dubai.

International travelers – provided the temporary restrictions with their respective countries of origin have been uplifted – can also benefit from enhanced connectivity via Emirates’ codeshare partner in Russia, S7 Airlines.

“Emirates has been gradually restoring its network connectivity, working closely with international and local authorities to responsibly resume passenger operations to meet travel demand, while always prioritising the health and safety of its customers, crew and communities,” the airline emphasizes.

The addition of Moscow will take Emirates’ global network to 85 cities in September, including 26 in Europe.