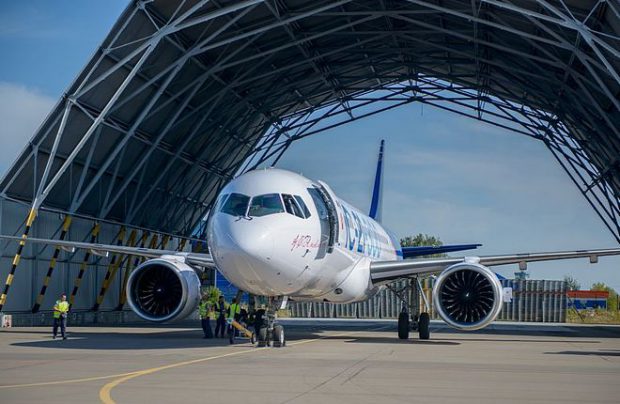 Two test pilots and a flight test engineer of the European Aviation Safety Agency (EASA) have completed training procedures and obtained Russian permission to fly for the certification campaign of Russia’s advanced MC-21-300 narrow-body twin jet. Participation of EASA test crews in testing of the new aircraft is a prerequisite to its final validation by EASA.

The new short-to-medium range MC-21 is on a certification path in accordance with both Russian and international standards. The application for the type certificate of the MC-21-300 was submitted to the European Aviation Safety Agency in August, 2016. MC-21 validation is currently underway in 18 panels, established jointly with EASA.

At the first stage of training, the EASA specialists have studied the MC-21-300 design and Flight Crew Operation Manual. A number of procedures were performed on simulators and test benches, including: take-off, approach and landing using both landing systems and visual approaches; handling qualities and controllability characteristics of the MC-21-300 aircraft in various control modes within the entire range of admissible operating altitudes, speeds, weights and centres of gravity; actions in case of emergency; approaching high angles of attack, when the stall warning activates.

On completion of the theoretical and simulator training, the EASA specialists perform their familiarisation flights, during which they gain familiarity with the basic characteristics of the stability and controllability of the aircraft, landing approach and go-round procedures, including simulation of one engine failure.

The theoretical and practical training of the EASA specialists was provided by test pilots and by leading engineers of the Flight Test Facility of the Yakovlev Design Bureau, which is a branch of the Irkut Corporation.

As Oleg Kononenko, test pilot of the Yakovlev Design Bureau, states: “Thanks to their vast experience, our European colleagues mastered the control of the MC-21-300 within a short period.”