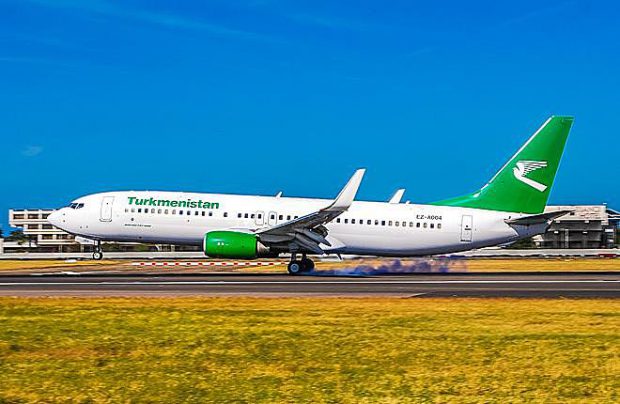 The European Aviation Safety Agency (EASA) has imposed a ban on all flights of Turkmenistan’s only carrier, the state-owned Turkmenistan Airlines, “pending restoring of compliance with specific international aviation safety standards,” says a statement which does not provide any further details on what triggered the action.

Turkmenistan Airlines has been operating flights linking London Heathrow and Birmingham with Amritsar and New Delhi in India via Ashgabat. It has also been flying to Frankfurt and Paris from the central Asian country’s capital. The once-weekly service between Heathrow and Ashgabat as well as five-weekly flights from Birmingham offered affordable connections with Indian destinations, and had been popular with British citizens of Punjabi origins. According to estimates published by British media, some 5,000 British citizens may be affected by the flight cancellations. The UK’s Civil Aviation Authority has now advised stranded passengers that they “may need to make their own arrangements to return home.”

Turkmenistan’s national carrier operates a fleet of 20 Boeing 737/757/777 aircraft and has plans to add the newest Boeing 737MAX-7s.

In the most recently updated version of the European ‘black list’ of airlines, which was published on November 28 and includes 13 Kyrgyz carriers, Turkmenistan Airlines was not included.