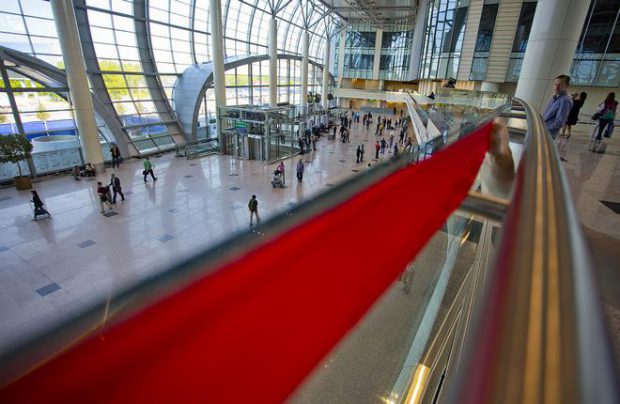 Moscow Domodedovo Airport has provided updates on Russia’s once biggest gateway’s expected total capacity when the ongoing construction is complete. The existing T1 and the emerging T2 terminals combined will be able to handle 55-58 million passengers annually, Domodedovo owner Dmitry Kamenschik told journalists at a press-event. This double growth in the capacity will apparently give the airport a chance to handle increased passenger traffic during the FIFA 2018 Wold Cup to be held in Russia.

The T1’s capacity is to grow four times by 2017, while the T2 terminal is scheduled to enter service in early 2018, should the construction rate keep up with the schedule, Kamenschik says. Once the currently in design stage T3 terminal is complete, a further 50% increase is expected. T3 segment is to become operational in 2023.

At the same time, construction of the new Runway-2 is in full swing at Domodedovo, its final concrete layer being finalized. Once it is completed, the old runway will be used as a taxiway. “The runway project is at the final stage,” Kamenschik stressed out. The airport authority is expecting to commission the runway next fall. Considering the schedule delays, it might be brought into operation by the end of 2017.

“The commissioning process of the new Runway-2 within the renovated 2nd flight zone will not significantly affect the airfield’s capacity. The two independent parallel runways provide an approximate rate of 65 million passengers per year,” Kamenschik added.

The owner of Domodedovo also highlighted that “the things are going well with investments. We have exceeded our last year results by 60 %, whereas the amount of investments in construction development is 84% higher than we had in 2015.”  He also said that part of the investment was provided by the government, particularly, for runway resurfacing and the construction of the apron. “I can say we are quite satisfied with how the reconstruction of the 2nd flight zone and the apron goes,” the head of Domodedovo added.

But now the Russian second largest gateway faces shrinking passenger demand. Its passenger traffic  dropped by 9.2 % to 19.27 million people in January-August. Within the period the number of passengers on domestic flights decreased by 0.05% to 11.32 million and went down by 19.70% to 7.95 million on international flights.