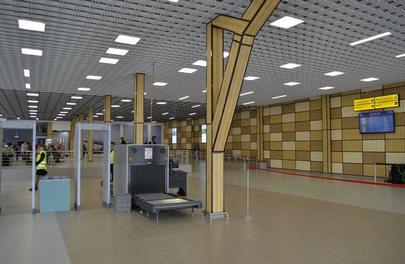 A development project for Simferopol Airport in Crimea, which includes construction of a new passenger terminal, has received approval of the Russian Expert Evaluation Department, RIA Novosti newswire reports.

The terminal building is expected to be expanded by the summer of 2018. Construction of the building, which occupies an area of 70,000 sqm, is expected to start this May. Once it enters service, the airport’s annual capacity will increase to 7 million passengers.

The terminal’s architectural concept was designed by a South Korean architecture and engineering firm SAMOO. As Interfax newswire reported earlier, Russian investors have agreed to invest 20 billion rubles into the airport’s development. This should cover the first term of the construction, as estimated the airport’s general director Yevgeniy Plaksin. He also emphasized that no state funds are raised for the terminal construction.

The project also calls for expanding the airport’s route network and construction of a new tower.

At the end of 2015, Simferopol Airport was Russia’s fifth busiest airport, up from 9th place in the previous year. It served over 5 million passengers, 79.9% more than in 2014. The 2016 traffic is forecast at 5.5 million passengers.