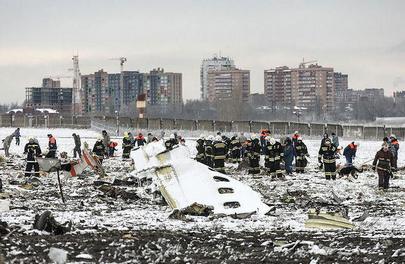 Interstate Aviation Committee has announced that it succeeded in retrieving the recordings from the cockpit voice recorder (CVR) found at the Flydubai Boeing 737-800’s crash site near Rostov airport. The experts managed to copy all of the information to the impact.

IAC experts have joined forces with investigators from the UAE and France to analyze the data and retrieve the crew exchanges. Despite the damage, the quality of the recording is satisfactory, the IAC announced.

According to IAC deputy director Sergey Zaiko, cited by TASS newswire the CVR was damaged worse than the Flight Data Recorder (FDR). The data cable was destroyed, and the experts had to use X-ray to check for hidden damage in order to prevent a short circuit, which could have destroyed the data.

The FDR data was retrieved earlier. The condition of the data was satisfactory. The works continue on analyzing and synchronizing the data, air traffic situation and meteorological information. The preliminary results are expected to be announced within one month.

At the moment, Russian investigators in cooperation with their colleagues from Spain and Cyprus are analyzing the aircraft airworthiness and crew training data. The accident  investigation commission has completed the works at the crash site and is preparing to lay out the aircraft fragments.

Flydubai’s Boeing 737-800 crashed at 03:42 Moscow time on March 19. The aircraft collided with terrain short of Rostov airport’s runway threshold at the second landing attempt. All 62 people aboard were killed.