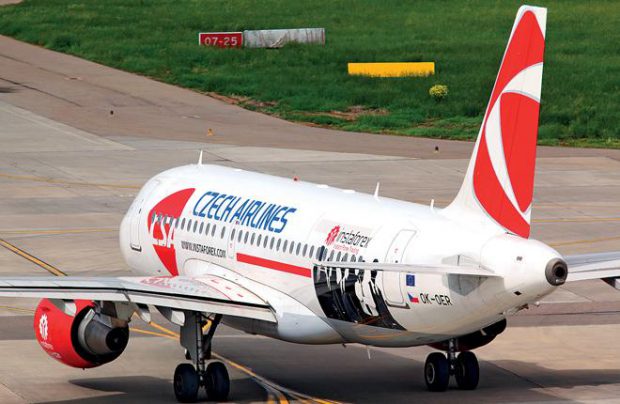 Czech Airlines is to resume scheduled services to Yerevan from June 8 (Transport-Photo.com)

In what is considered a milestone event for the air travel market of Armenia, and possibly for the CIS as a whole, Czech Airlines is resuming scheduled services to Yerevan after a four-year hiatus. Although the airline’s reappearance is initially a seasonal one (until September 7), the return of the carrier indicates a positive new trend for the region.

Czech Airlines previously operated flights to Yerevan’s Zvartnots airport during the period June 2003 to October 2014, before flights between Prague and Yerevan were suspended as a result of the economic downturn in Russia and the subsequent devaluation of currencies in CIS countries, the combination of which lead to a decline in demand for air travel to the Czech Republic, the airline explains.

“The markets in eastern Europe and those of the trans-Caucasian republics stabilised last year and, in many respects, have now returned to their pre-crisis levels of 2014. This has been confirmed by the growing demand for air transport from Russia and from Armenia to the Czech Republic. Therefore, we decided to return to the Armenian market and to re-launch our regular scheduled Prague-Yerevan route,” reveals Ján Tóth, Czech Airlines’ director for commerce.

“The route has been designed primarily for travellers from Armenia heading for Prague, but the arrivals and departures of the new Yerevan flights will be able to conveniently connect to the departures and arrivals of many of Czech Airlines’ regular services to and from Germany, Belgium, France and Scandinavia – where there are sizeable Armenian diasporas. In recent years, trans-Caucasian destinations have also been sought by Czech travellers. As a result, we strongly believe that the route will once again become popular in the Czech Republic, too,” he adds.

Flights between the capitals of Armenia and the Czech Republic will be operated twice a week utilising an Airbus A319.