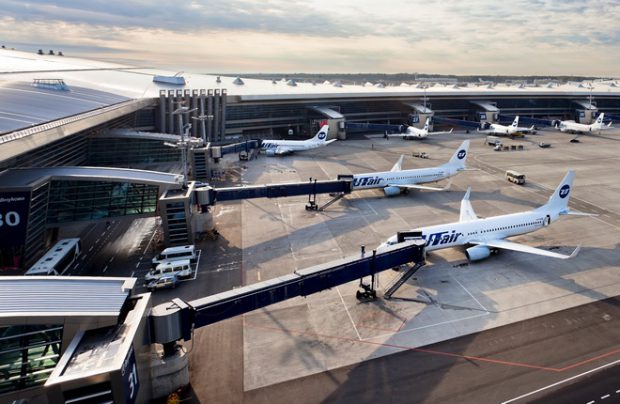 UTair Airlines dropped out of Russia's top-five list, ceding its ranking to Ural Airlines and low-coster Pobeda in April (Vnukovo)

Russia’s air travel market continues to grow at a double-digit rate in general, even though the operational results for the first four months of the year paint a contrasting picture for the country’s five largest airlines, according to the latest preliminary figures issued by Rosaviatsiya, the nation’s Federal Air Transport Agency.

In the period from January to April this year Russian airlines collectively carried some 30.3 million passengers, an 11.9 per cent increase on the same months of 2017. The growth rate for Q1 this year was slightly higher, at 12.4 per cent.

UTair Airlines showed a yet unexplained traffic decline of 7.7 per cent in April for the first time in a long period of steady growth. Having carried 510,200 passengers in April, the airline dropped out of Russia’s top-five list, ceding its ranking to Ural Airlines and low-coster Pobeda. Set up in Siberia, but with its biggest hub in Moscow, UTair’s results for the first four months are more optimistic at 2.22 million passengers, up 9.5 per cent year-on-year.

Its closest competitor, Ekaterinburg-based Ural Airlines, handled 638,000 passengers and reported a 19 per cent year-on-year growth. The growth rate for the quarter was even higher at 22 per cent, as traffic reached 2.29 million passengers for Ural.

Aeroflot’s low-cost subsidiary Pobeda registered an unrivalled 58 per cent surge, having carried 523,500 passengers in April. In the full January to April period it served a total of 1.925 million passengers, up 46.3 per cent year-on-year, which is below UTair’s results.

Russian flag carrier Aeroflot remains the industry leader. Even though the national carrier transported 2.8 million passengers in April, its growth rate of 7.5 per cent was below the industry average.