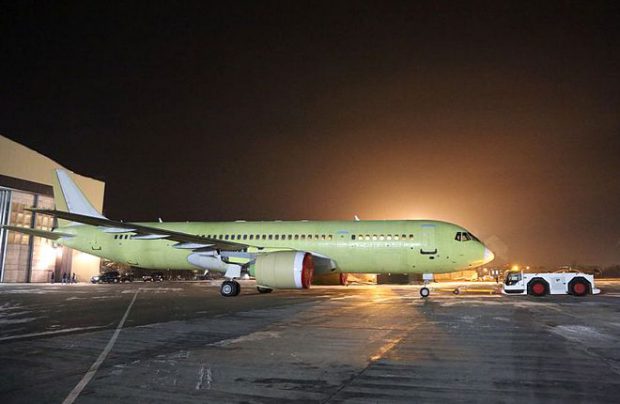 Russia’s Irkutsk Aviation Plant, a branch of Irkut Corporation, which is a part of the nation’s aircraft manufacturer UAC, has completed the systems diagnostics of the fourth MC-21-300 aircraft designed for flight tests. The results of the testing of the first prototypes were taken into consideration in the latest aircraft’s production process. Three are currently undergoing flight tests and two are on static tests.

On November 28, the latest aircraft was transferred from the final assembly shop to the plant’s flight-test division following last month’s involvement of flight-test experts from the European Union Aviation Safety Agency (EASA) as the project completed the third flight session of the МС-21-300 certification programme.

Initially EASA experts worked with their Russian colleagues on the flight simulator. Subsequently a combined EASA and Yakovlev Design Bureau (a branch of Irkut Corporation) crew team performed a series of actual flights on the МС-21-300.

Irkut Corporation, a division of UAC, is currently conducting tests on the MC-21-300 aircraft prior to obtaining Russian and European type certificate approvals. A combination of representatives from Russia’s aviation authorities, industry members and EASA experts, are all taking part in the process.

Russia’s United Aircraft Corporation (UAC) plans to roll out the first six serially-built MC-21 jets in 2021 and double that number in 2022, before ramping up production of the country’s advanced, mid-haul airliners to 25 units a year by 2023, Valery Okulov, counsellor to UAC’s general director, has recently revealed.