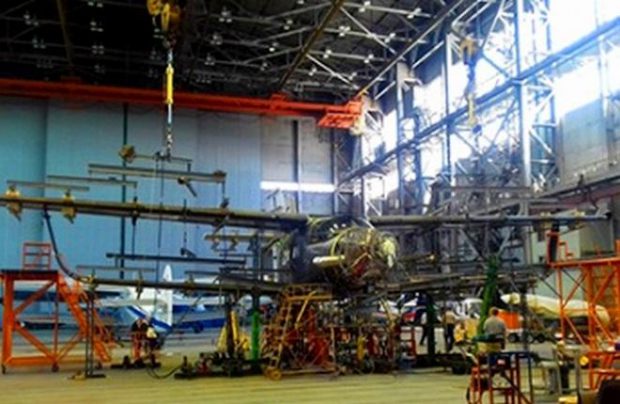 The TVS-2DTS took to the skies on July 10 (SibNIA)

Siberian Aeronautical Research Institute (SibNIA) has assembled the first test prototype of an all-composite aircraft dubbed TVS-2DTS. The biplane, based on the Soviet-era Antonov An-2 model, made its first flight on July 10, SibNIA sources told Russian Aviation Insider.

The maiden flight was preceded by tests to confirm the static strength of the fuselage, upper and lower wing, gear assembly, flaps, and control system. Based on the results of the tests, the institute additionally reinforced the airframe.

The TVS-2DTS is an upgraded derivative of the An-2 biplane. SibNIA Academic Director Alexey Seryoznov says there are plans to organize series production of the composite aircraft in Novosibirsk Region in the next two years, possibly in the town of Berdsk in a private-public partnership format.

The initial production rate would stand at some 20 airframes per year. Domestic demand for the aircraft is estimated at between 300 and 350 units, according to the website of the Novosibirsk administration. Experts belive the TVS-2DTS would be of interest to the Russian Air Force, and could also be used for medical evacuation and fire-fighting missions. An estimated $25-35 million needs to be invested in the project, which is expected to break even after the completion of the first 50 production aircraft, Seryoznov told TASS newswire. Five prototypes need to be built before series production can start. SibNIA is in talks with Ulan-Ude Aviation Plant regarding the project.

The all-composite biplane’s performance exceeds that of the An-2 predecessor mainly thanks to its wing. The An-2’s wing is a metallic frame covered by fabric, which, some say, cannot withstand speeds higher than 200 km/h. The TVS-2DTS has a maximum speed of 300 km/h, and its wing can accommodate auxiliary fuel tanks to increase the aircraft’s range from the baseline’s 1,200 to 2,000 km.