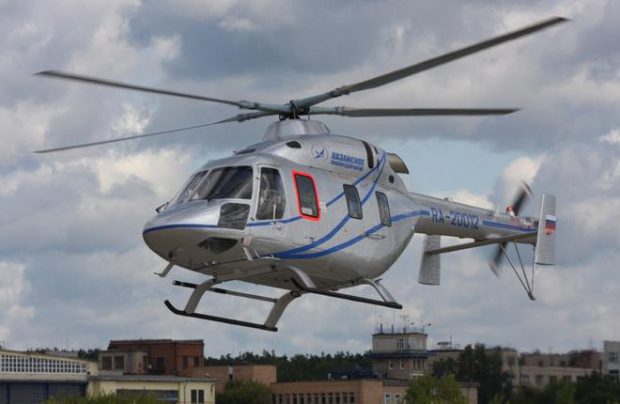 Russian Helicopters agreed to deliver an Ansat-M light helicopter in a medevac/air ambulance configuration to a private operator, Russian Helicopter Systems. The manufacturer emphasizes this will be the first Ansat to be delivered via a leasing agreement. The finance lease is provided by Sberbank Leasing. “Ansat’s medical equipment meets up-to-date requirements and is certified by the Federal Service for Healthcare and Social Development. The helicopter will provide medical flights for healthcare facilities in Moscow and Moscow region, as well as regional disaster medicine centers,” Russian Helicopters said in a statement.

According to the Russian Helicopter Systems, it will actually become the first Russian independent civil operator of the Ansat helicopter. The company is expecting delivery of the Ansat-M by the end of this year. The pilots have already completed their type-training in Kazan. The project is being implemented in close cooperation with the regional and city administrations. “At the moment we are looking into developing medical aviation services not only in Moscow region but nationwide,” general director of the Russian Helicopter Systems Alexey Zaitsev said.

Notably, the operator has already established a certified maintenance center for the Ansat helicopter.

The medevac version of Ansat was for the first time demonstrated at HeliRussia 2014 exhibition. In June this year the rotorcraft’s MTOW was increased from 3,300 to 3,600 kg (the payload increased by 300 kg). Currently the helicopter’s manufacturer, Kazan Helicopter Plant, the Russian Helicopters’ subsidiary,  is working to improve its maximum range by upgrading the fuel system and installing extra fuel tanks as well as to extend the service life of various parts and assemblies. In future the helicopter, now powered by a pair of Pratt & Whitney РW-207K turboshafts, might be fitted with Russian-built engines which are currently being developed by Tekhnodinamika.

Airbus Helicopter has also expressed interest in taking part in the development of medical aviation in Russia. In 2017 the Ural Works of Civil Aviation (UWCA) is expected to start the assembly of the light H135 helicopter, which is widely used for medical missions. However, last week deputy commercial director of Airbus Helicopters Vostok Dmitry Perepyolkin said in his interview to the TASS news agency that localization works had been suspended until the manufacturer receives a launch order.