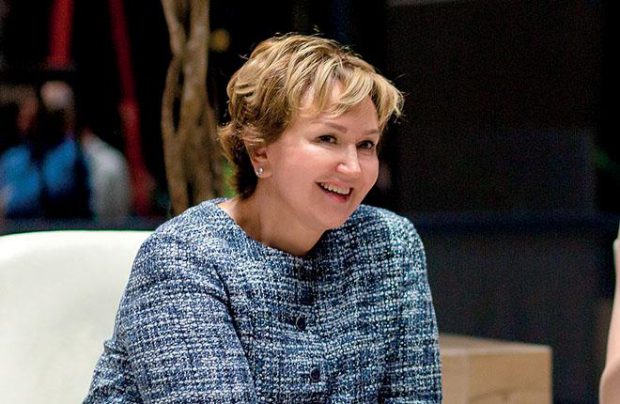 Natalia Fileva, 55, one of Russia’s wealthiest women and co-owner of S7 Group, Russia’s second biggest airline consortium, has died in a private plane crash in Germany.

Ms Fileva, whose wealth is valued at US$600m by Forbes magazine, is a major shareholder and chairwoman of the board of directors of S7 Group – which grew up in the 1990s and has become Russia’s second-biggest airline after Aeroflot.

She was the wife of S7 co-owner Vladislav Filev. “The S7 Group expresses its deepest condolences to the family and significant others,” the company said. “The circumstances of the tragedy aren’t known yet,” the statement added.

Local media reports indicate that three people – two passengers and a pilot – perished when the aircraft crashed into an asparagus field and caught fire.

Russia-registered airplane with tail number RA-2151G was on Globus’ Air Operator’s Certificate (AOC), one of the airlines belonging to Natalia Fileva and her husband Vladislav.

Vladislav Filev is believed to be a beneficial owner of the American general aviation light turboprop aircraft manufacturer Epic Aircraft.

S7 is the main competitor in Russia to Aeroflot. It has 96 aircraft that operate to 181 cities and towns in 26 countries, the company’s website says. It is the largest private aviation consortium in Russia and is made up of some 15 companies, the largest of which are Siberia and Globus Airlines.

An investigation into the tragic incident will be conducted by a specialist panel made up of international and Russian aviation authorities, S7 Airlines says in a statement.