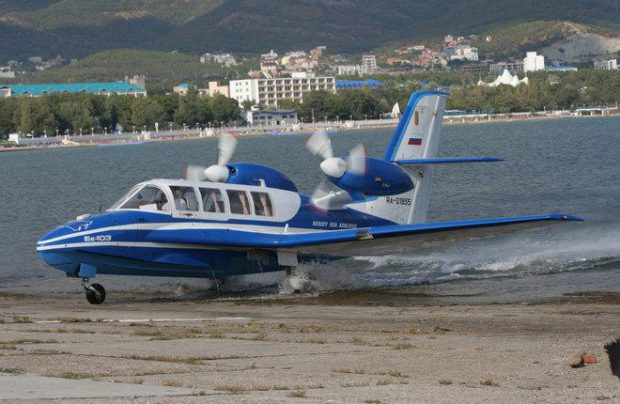 The licensed production of Russian light amphibious Beriev Be-103 aircraft in China will have a 100-percent degree of local content, an industry source told the Russia Aviation Insider. The project was announced by Russia’s United Aircraft Corporation in November. The light amphibian is to be upgraded before the productions starts in China.

The contract signed between Taganrog-based Beriev Aircraft Company and the Chinese Energy Leader Aircraft Manufacturing in September. The industry source emphasized it was not a framework agreement but rather a contract containing precise project details. The document stipulates the twin engine Be-103 will undergo an upgrade first. No further details concerning the aircraft modernization are available for now, however, it is reported the manufacturer will arrange to include the amendments into the type certificate of the all-new airplane.

Chinese operators have long been attracted to Beriev-103 as it seems a decent solution for many difficult-to-reach areas, which can only be accessed by water.

Light piston-engine amphibious Be-103 was certified in 2001 in Russia and acquired its FAA type certificate in 2003. The Chinese type certificate was issued in 2005 followed by certificates from European and Brazilian aviation authorities.

The aircraft’s max payload is 368 kg. It can carry up to six passengers with the maximum range of 1070 km. Some aircraft have been assembled so far at Sukhoi facility in Komsomolsk-on-Amur, at Russia’s Far East.