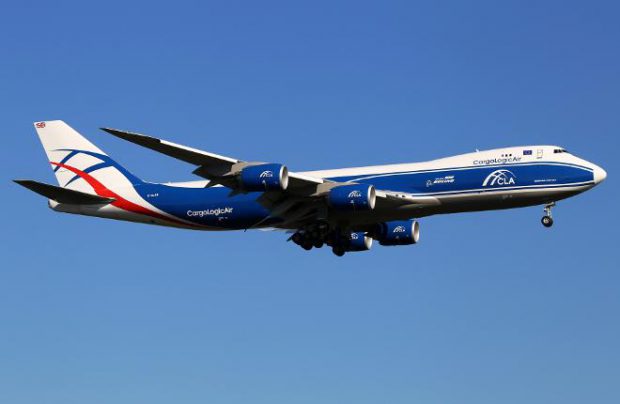 The company’s press release by British news portal The Loadstar says that the airliner, a Boeing 747-400ERF, has an increased maximum takeoff weight. Volga-Dnepr first announced plans to lease three more airframes for CargoLogicAir at Farnborough Air Show in July 2016. The other two aircraft are now expected to be received by 2019 (the original delivery deadline is understood to have been at some point in 2018).

The release says the aircraft was delivered by Irish lessor AerCap. According to open source data, it was manufactured in 2004 and is currently registered as G-CLBA. The 747F was previously operated by Air France and US freight specialist Centurion Air Cargo.

Commenting on the latest addition to the fleet, CargoLogicAir CEO Dmitry Grishin said it opens up several possibilities.

First, the airline can now launch flights to new destinations from the UK.

Second, it will also be able to increase the frequency of flights operated on ACMI lease terms (aircraft, crew, maintenance, and insurance). The Loadstar reports that the UK carrier’s primary client is ABC, which also operates Boeing 747Fs. The Russian operator has previously used the British partner’s two 747s for cargo flights to Africa.

Third, CargoLogicAir is planning to become more active on the charter cargo market.

Grishin said the airline had managed to close 2016 in the black, and that the Q1 2017 results were also satisfactory.