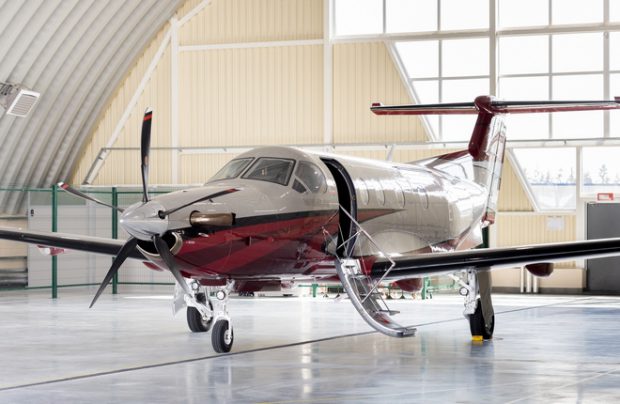 BySky, the only Belarusian business aviation operator is to make its debut at the Russian business aviation exhibition RUBAE 2019 on September 11. The Minsk-based airline, which specialises in business charters, obtained its Air Operator’s Certificate (AOC) in March 2018 and in September of the same year obtained a Third-Country Operator (TCO) authorisation to operate flights to European destinations.

BySky’s fleet consists of two single-engined Pilatus PC-12NG turboprops, both produced in 2017, and each offering a capacity of up to eight passengers.

Elena Vesnyachok, BySky’s commercial director, told Russian Aviation Insider that the debut at RUBAE was primarily influenced by the need to present the company’s products to the Russian market, both for new clients and brokerage firms. The convenient location of the BySky fleet in Minsk allows the operator to successfully frequent both Russian and European destinations.

“Although the Belarusian [business aviation] market is still in its infancy, there is a positive degree of activity and we can see its great future potential. As for customers from Russia, there are a lot of them, primarily due to our ability to make legitimate commercial flights within the territory of the Russian Federation and also inside the [Eurasian] Customs Union thanks to the Belarusian fleet registration, thereby avoiding cabotage [issues],” the manager revealed. That Customs Union consists of member states of the Eurasian Economic Union, namely Armenia, Belarus, Kazakhstan, Kyrgyzstan and Russia.

BySky plans to grow its fleet in the near future. After visiting EBACE, the European business aviation forum in Geneva in May this year, the company is currently in active negotiations with manufacturers regarding new supplies. In addition, by the end of this year, the operator plans to open a dedicated business aviation centre at Minsk airport. After the launch of the fixed-base operation, BySky is also considering setting up its own maintenance facility. Currently, the company’s aircraft are serviced at authorised centres around Europe.