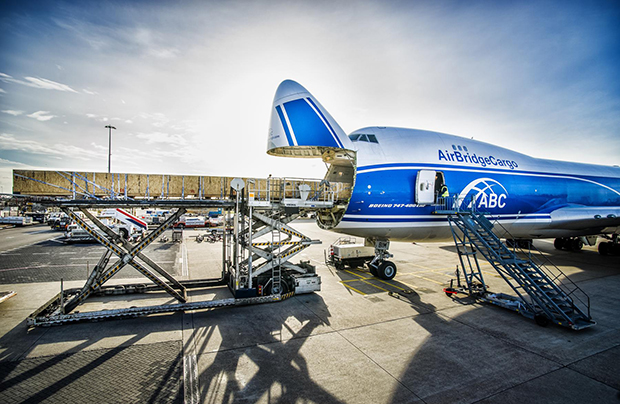 AirBrideCargo flew a total of 498,177 tonnes of airfreight in the first 10 months of this year (Photo by AirBridgeCargo)

A systematic focus on fleet flexibility, the building and nurturing of customer relationships and the proliferation of its global network continue to bear fruit at Russian carrier AirBridgeCargo (ABC).

Whilst some of the all-cargo carrier’s rivals have been savouring a recent unexpected uptick in demand ABC, whose parent company is the Volga-Dnepr Group, flew a total of 498,177 tonnes of airfreight in the first 10 months of this year – a rise of 29% in comparison with the same period in 2015, reveals a company statement.

October alone generated a further 30% year-on-year growth in tonnage to 57,608, the statement adds.

The Russian long-haul carrier’s consistent upwards trajectory is underpinned by crucial fundamentals contained in its overall business strategy, such as a hub-and-spoke model boasting a 48-hour freight delivery time, including cargo handling, and ongoing investment in fleet expansion, allowing ABC to introduce more routes connecting to its Moscow hub.

In September, ABC took delivery of its ninth new B747-8 freighter, bringing its total fleet to 16 B747Fs. This latest aircraft is the fifth -8F to join the fleet since the group confirmed an order for a further 20 in July.

Robert van de Weg, senior vice-president of sales and marketing at ABC, emphasises the importance of “staying close to our customers and ensuring we support them with cargo capacity when and where they most need it.”

In such a challenging air cargo market, it is important to earn customer trust in the “quality and reliability of your service and to demonstrate the ability to provide responsive solutions – now increasingly for special cargo categories like pharmaceuticals and off-size cargo,” he asserts.

In an exclusive interview with Aircargoeye.com earlier this year, Weg predicted airfreight was poised for an upturn. “Times are currently tough, but during every tough time there is always an advantage – because tough times also drive out competition,” he stated in April.

It would appear that other cargo decision-makers are beginning to share his pragmatic optimism about the sector, despite it being constantly buffeted by external factors such as weakened world trade, global political and economic crises, such as terrorism and Brexit in the UK.

An annual survey conducted by airline body the International Air Transport Association (IATA) reveals that 48 per cent of cargo bosses and chief financial officers expect volumes to increase over the coming 12 months, although they also admit that additional belly-hold capacity in passenger fleets will continue to put pressure on cargo yields.

Some 90% of respondents expect cargo yields to remain unchanged or to fall further in the year ahead.