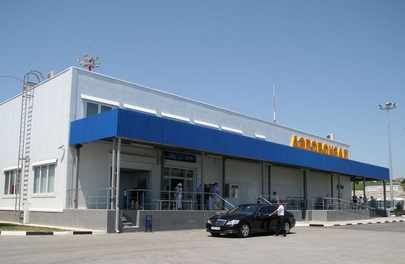 The project to build a new terminal at Gelendzhik Airport – located in the town of the same name which lies on the shores of the Black Sea – has been approved, according to the airport’s owner, Basel Aero. The new two-storey terminal will be able to accommodate 314 passengers per hour, and the building’s area will include 5,500 square meters.

Last year, the head of Basel Aero, Leonid Sergeyev, told the RIA Novosti newswire that a second terminal is being built at Gelendzhik in order to transform the airport from a domestic airport to an international one. However, in May it came to light that the company has no plans to make the airport international in the near future.  ”Our main tasks involve improving the quality of our service to passengers on board domestic routes, expanding our route network, and increasing the number of passengers who use the airport during the winter period,” according to Sergeyev.

The current terminal at Gelendzhik, built in 2005, has a capacity of 140 passengers per hour. Not long ago, a system of expedited passenger check-in was implemented at this terminal.

In 2015, Gelendzhik Airport served 16% more passengers than the year before, 274,036 passengers against 236,210 of 2014. The airport did not service any flights this winter, due to renovation that was being carried out at that time.