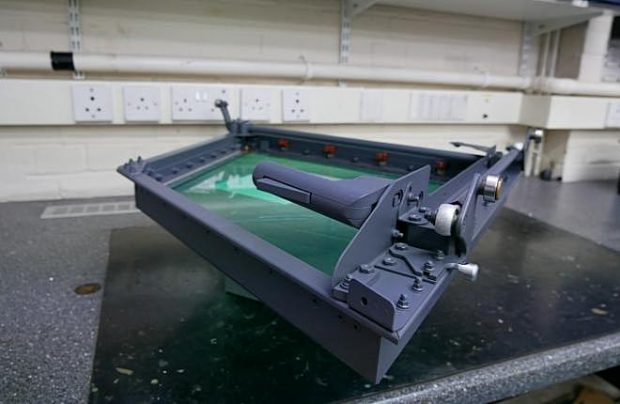 Britain’s Oakenhurst Aircraft Services and Russia-registered Larchfield Technic, which is part of the British Larchfield Group, have joined forces to launch an aircraft repair components business near Moscow. The joint venture, called Oakenhurst, has now won its EASA Part 145 approval and is preparing to enter the local market in early 2019.

The company’s general director Pavel Zagryadsky has revealed to Russian Aviation Insider that the project dates back to 2015, when it was initiated by Larchfield Technic. “Our main specialty is the complex repairs of components for western-built aircraft. Both our head-office and production facilities are located in the town of Klin in the Moscow region,” he states.

“The decision to set up this business in Russia was made jointly by Larchfield Technic and Oakenhurst Aircraft Services. The former is the distributor of PPG in Russia and for many years has been supplying aviation glass and painting materials. Oakenhurst Aircraft Services specialises in repairing aircraft cockpit windows in Britain and has been planning to enter the Russian market. So the two British companies joined their expertise and organised a joint venture in Russia to offer local customers a breakthrough product at affordable prices,” he summarises.

PLANS FOR THE REPAIR SHOP

Oakenhurst was registered in late 2017. At present it holds approval for defect rectification, repair and overhaul of components for the Boeing 737CL/NG type, one of the most popular aircraft currently used in Russia. Oakenhurst’s capability list includes windshields, cockpit windows, Honeywell-produced navigation lights and strobe lights, Teleflex and Astronics aircraft lighting equipment, as well as Telex pilot headsets etc, and plans to continue adding new items.

The new repair shop will have testing equipment and tools to provide inspections, maintenance, repair and overhaul of components both for Boeing and Airbus.

In December the company started the construction of a new facility for galley equipment repairs, which is expected to become operational in July 2019. Located in Russia, but working with components for aircraft registered elsewhere, the station needs to be compliant both with Russian and foreign regulations. With EASA approval secured, the company is now seeking a licence from Russia’s ministry of industry and trade. “We filed the application for the licence in December 2018, so we expect to have it shortly, after the holidays,” Zagryadskiy says.

Having conducted preliminary negotiations with “leading [Russian] airlines” Oakenhurst plans to spring into action as soon as the ministry of industry and trade’s licence is in place. “Our clients were just awaiting the completion of the EASA audit. Now, with the certificate in our hands, we’ll start signing the component maintenance agreements,” Zagryadskiy explains, adding that there are special offers for launch customers.

The new company has no immediate plans to apply for Russian FAP-285 approval, as this is a requirement only for Russian-registered aircraft and, at present, the number of modern aircraft on the Russian register is not sufficient to justify the effort. “But we are monitoring this situation and we see some positive changes. I think that when Russian airlines have more [new-generation] Russian-made aircraft in their fleets and there are no less than 300 aircraft on the Russian register, then we’ll launch procedures for FAP-285 approval,” Zagryadskiy says.

The aircraft components repair market in Russia is ripe for starting this business, he emphasises. “According to our 2016 market estimate, the demand for such services was quite high. And the queue of preliminary orders is indicative that it is still that way. Compared to foreign providers, having components repaired in Russia will drastically cut the shop visit times for airlines. It is also much more attractive for Russian residents in terms of costs, compared with the same services in Europe. With the identical component turnover time, the Russian market has great prospects for growth and development.”