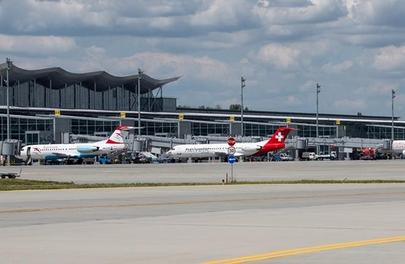 In the first five months of 2016, Ukraine’s largest airport served 12.8% more passengers than for the same period last year: 2.82 million passengers against 2.5 million, respectively. Boryspil’s spokesperson emphasized that the traffic reached its record number in the last three years.

Kyiv’s airport managed to increase its operational results by attracting additional transit flows, which became the main development driver in the current complicated economic conditions. The number of travelers that passed through Boryspil doubled compared to the same period last year, reaching 740,000 people. The airport is enhancing passenger experience and increasing its passport control capacities, the Boryspil spokesperson said.

Another contributor to traffic growth was the airport’s hub-building strategy, under which Boryspil attracted new airlines. Since the beginning of the year, three carriers—Atlasjet (Turkey), Aegean Airlines (Greece) and Mahan Air (Iran)—included Kyiv in their route networks.

Boryspil’s base airline, Ukraine International Airlines, also grew its traffic, which was reflected in the airport’s results. The carrier operated over 120 flights daily. It has not reported its five-months results yet.

The new development strategy, which is now bearing its fruit, was launched in 2015. It has had a positive effect on the airport’s financial results as well. For this winter season, which is traditionally a period of loss, the airport crossed the red line for the first time. At the end of the first quarter of 2016, Boryspil’s net profit amounted to 176 million hryvnia, against a loss of 299 million hryvnia last year. The airport’s 2016 revenue is forecast to reach around 1 billion hryvnia.

In Q1 this year, Boryspil’s traffic increased 12% to 1.512 million passengers, against 1.348 million last year. At the end of April, the airport served more than 68% of Ukraine’s cumulative air traffic.