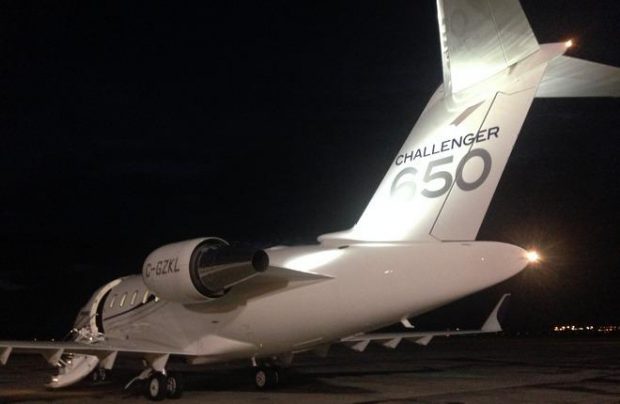 Bombardier has delivered a medium-class Challenger 650 business jet to a Russian customer. It appears to be the first aircraft of the type on the Russian market. The aircraft was delivered to a private client in August this year, a representative of the Canadian manufacturer told Russian Aviation Insider. The aircraft has already entered service.

Delivery of the second aircraft of the type is scheduled for October. Two more Challengers 650s will be delivered in December and the final one, in January next year. All customers are located in the Moscow region, said the spokesperson for the OEM.

“The Russian market has traditionally received aircraft of the Challenger series well. They are valued on the charter market. So it did not come as a surprise for us that the Challenger 650 became popular as well,” stressed Bombardier’s representative. The company also added that it offers the cheapest engine service price ($140 per flight hour) for this aircraft.

In general, there are around 20 Challenger 605s and about five Challenger 604s flying in Russia. Compared with the previous modification Challenger 605, Challenger 650 has a 50% increased service interval, from 400 to 600 flight hours. In addition, the new aircraft has an improved interior, upgraded avionics and engines (although it had no influence on the flight range which remained at 7,400 km).

According to Bombardier, Challenger and long-range Global aircraft are the most popular in Russia due to the country’s geography. Both families enjoy about the same level of popularity and this year several more Global aircraft are expected to be delivered, including a Global 6000. At the same time, light business jets such as Learjet are less suitable for the Russian market, according to Bombardier statistics.

Regarding the impact of the ongoing crisis on the demand for new aircraft, the OEM observes that owners tend to change their business jets less often now. In particular, if earlier “there was a tendency that the aircraft older than five years is unwanted”, now people realize that the age does not affect the safety and comfort of the aircraft. The company expects the market recovery; according to the previously presented 10-year forecast from 2016 to 2025 approximately 400 business aircraft are to be delivered to Russia and the CIS countries.

Challenger 650 received EASA type certificate in March 2016, four months after its certification by Department of Transport in Canada and the FAA. The aircraft was presented to the Russian public during the business aviation exhibition JetExpo 2016 at Vnukovo-3.