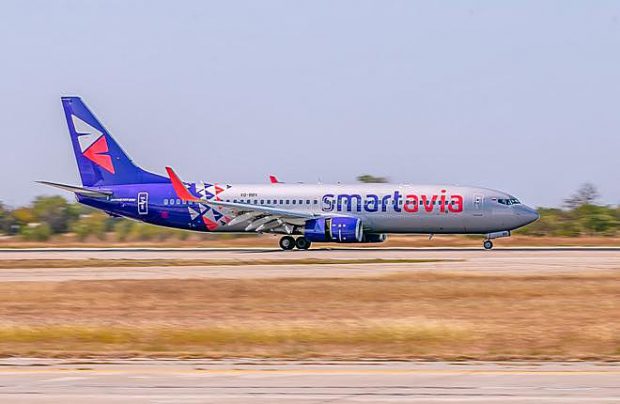 In a series of short interviews, Russian Aviation Insider speaks to the region’s carriers of different sizes, which have been impacted by the current COVID-19 pandemic crisis

April will mark one year after Russian regional airline Nordavia re-emerged as Smartavia in the country’s local air travel market. The new project successfully developed in line with its ambitious roadmap and helped the Arkhangelsk-based private carrier make it into the list of the country’s top 10 largest airlines. It projected that its traffic would exceed three million passengers this year after adding several more Boeing 737-800 – and then the COVID-19 crisis interfered. Russian Aviation Insider asked Viktor Anoshkin, Smartavia’s director for information policy and corporate communications, about the airline’s contingency plan for the on-going crisis.

What is your assessment of the current situation facing the Russian air travel market? The situation is a tough one. We can see many airlines having to curtail their operations or suspend them altogether. Airline bankruptcies are likely to follow, and the recovery period won’t be a quick one.

How badly is your business affected, considering that Smartavia does not have many international routes? Smartavia operates 85 per cent of its routes within Russian Federation. From March 18, Russia closed its borders, so we had to cancel flights to Baku [in Azerbaijan] and Yerevan [in Armenia]. Also we had to suspend international [leisure] charter flights, but we continue to operate charters inside Russia.

What anti-crisis measures are you taking? We have launched an anti-crisis working group, which is implementing a contingency plan on a daily basis. There are many measures, most of them in the area of cost reduction. Priority programmes, such as aircraft fleet renewal and some others, are currently still in effect. We’re also watching closely how the market situation is developing to be able to respond to the smallest changes.

In view of the current situation, what are your fleet plans for 2020?  As of today, the [existing] plans are still in force, but the pandemic is likely to cause some corrections to the programme.