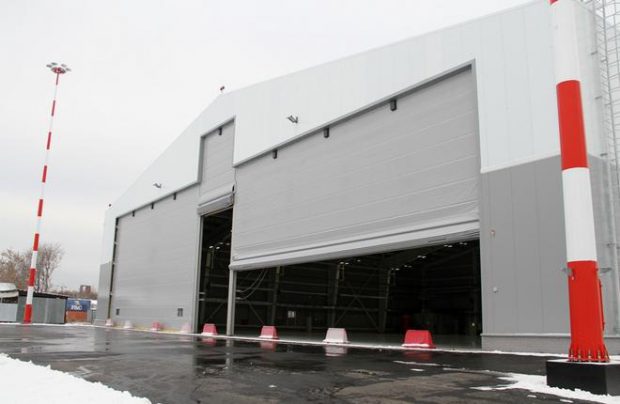 The first permanent hangar for business aircraft opened at Koltsovo airport, in the Russian city of Yekaterinburg. The hangar has enough space to fit four business jets, said an airport representative. Earlier business aviation aircraft had been stored at Koltsovo in a temporary inflatable pneumo-framed hangar capable of housing up to two small aircraft.

The hangar is equipped with a heating system capable of maintaining a temperature of 15 degrees Celsius during the winter. It is well-lit, which facilitates maintenance of the aircraft.

The hangar is ready for ground handling of aircraft: it has all the equipment already in place. A towbarless aircraft towing tractor LEKTRO AP8850 will be used to move the aircraft.

Business jet hangar in Koltsovo is the first object of the kind in the Urals region. It cost 280 million rubles (about $4.3 million). Three similar hangars are planned to be built next to the new building in the near future.

According to ATO Sourcebook, Koltsovo took the tenth place in the list of the most popular airports among heavy business jets operators in Russia and CIS countries in 2014.