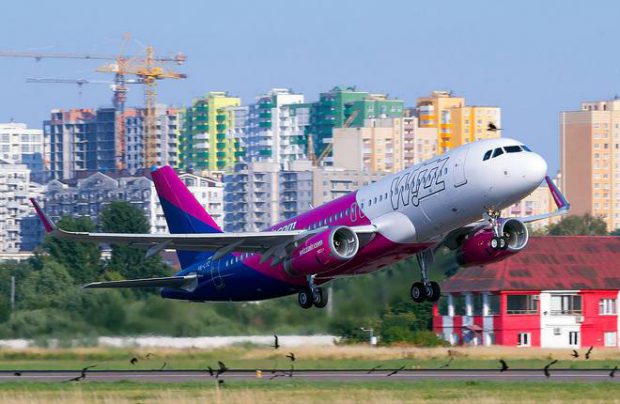 Hungary’s Wizz Air has announced six new services from Odessa International Airport to Budapest, Berlin Schoenefeld in Germany, Gdansk, Wroclaw and Katowice in Poland and Bratislava in Slovakia, as well as a new route from Lviv to Larnaca in Cyprus. These new operations will start in November. Along with these new services, Wizz Air has also recently launched its first flight on the Kharkiv – Krakow route, on August 2.

With the new services from Odessa and Lviv, Wizz Air now offers a total of 53 routes to 13 countries from Ukraine. In the first seven months of 2019, Wizz carried some 1.3 million passengers on its routes to and from Ukraine, which is almost a doubling of its traffic year-over-year, making Wizz Air the largest LCC in the country, it insists.

Challenging Wizz Air’s dominance is Ireland’s Ryanair, which began serving Ukraine just a year ago, in September 2018. From November 2019, when the schedule for the 2019/2020 winter season starts in full force, Ryanair will more than double the number of routes and flights it offers to and from Ukraine.

In November last year the budget carrier’s network consisted of 17 destinations from Kyiv and Lviv, but by November 2019 the list will include 40 routes from Kyiv, Lviv, Odessa and Kharkov, with the total number of flights increasing from 52 to 113 per week year-on-year, including those services operated by Austria’s Laudamotion, a 100 per cent subsidiary of Ryanair.

The increase in the number of flights from the regions will be brought about by the launch of flights from Odessa and Kharkov, from where Ryanair did not operate last year. From Odessa in November 2019, the low-cost airline will make 13 flights a week to six destinations and, from Kharkov, six a week to three routes.

As a result of these expansions, Ryaniar and Wizz Air will be directly competing on four regional out of Odessa.