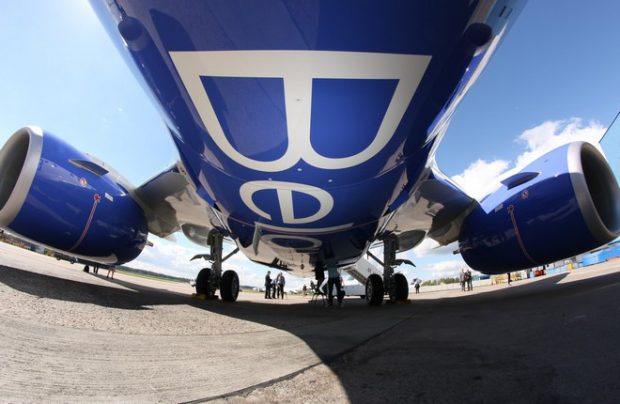 As part of an ambitious expansion plan, Belavia-Belorusian Airlines is to lease an additional five brand new Embraer E-Jets from Danish lessor Nordic Aviation Capital (NAC), with previously agreed deliveries of the type starting from this month.

The latest transaction, initially announced in December, will play an essential part in the Belarusian airline’s on-going fleet modernization and enlargement plans and will allow the flag carrier to implement its management strategy of more cost-effective development.

Belavia’s fleet will eventually reach a total of 12 E-Jets when the five latest aircraft join its ranks starting from April of next year.

NAC has now confirmed its role in the commitment to lease the three E195s and two E175s to the largest carrier in the Republic of Belarus, with delivery of the first three aircraft, two E195s and one Е175, expected from April 2019 and the remaining two to be delivered in December 2019 and April 2020 respectively, a statement says.

“The Embraer 175 and Embraer 195 are medium-haul passenger aircraft which sit between the more capacious Boeing 737s and the smaller CRJs currently in the Belavia fleet,” explains Anatoly Gusarov, general director of Belavia. “This additional aircraft order is in line with the enlargement of our flight frequency network,” he adds.

Belavia’s plans to radically renew its fleet in the 2018-20 period are in support of its ambitious network expansion aims, during which it will gradually phase out its leased Boeing 737CLs (-300 and -500 series) narrowbodies, replacing them with new-generation B737s and the Embraer Е175/195s.

With the airline expecting to take delivery of two previously announced 107-seat E195s and a single 76-seat E175 this year, under a separate contract signed directly with Embraer last year, the first factory-fresh E175 is scheduled to arrive in Belarus later this month (April), with the E195s to follow on in May and June.

“At Embraer we’re impressed with Belavia’s continued growth,” insists Martyn Holmes, vice-president for Europe, Russia, Central Asia & Leasing at Embraer Commercial Aviation. “Together with key lessor NAC our relationship with Belavia is helping them expand their network and frequencies with the E-Jet family,” he states.

Nordic Aviation Capital is a major regional aircraft lessor, serving more than 70 airlines in 47 countries. It owns and manages a fleet of some 400 ATR, Bombardier and Embraer aircraft and has 50 aircraft acquisitions currently on firm order.