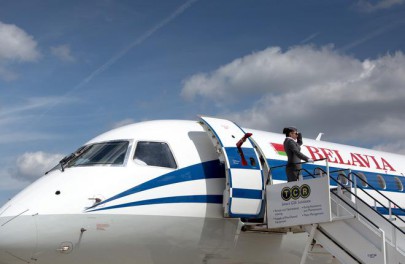 Belavia, the flagship airline of Belarus, is counting on carrying 12-15% more passengers this year than in 2015, said Anatoliy Gusarov, Belavia’s general director. The airline is expecting an increase in the number of transit passengers travelling between Russia and Ukraine through Minsk, Belavia’s base airport, to contribute to its traffic growth. According to Gusarov, in January and February this year, YOY traffic growth reached 20%. The airline is also generating transit flows, he emphasized.

Along with that, Belavia’s top-manager pointed out that a shrinking charter market is trimming the carrier’s traffic. He is hoping that the airline’s charter traffic this summer stays level with last year’s. On the whole, the market segmentation will be more noticeable than ever before, Gusarov believes.

Belavia has not yet published its report on its 2015 results, but the traffic definitely exceeded 2 million passengers. Preliminary data shows that the figure may be 2.085 million, as compared to the 1.973 million passengers carried in 2014.