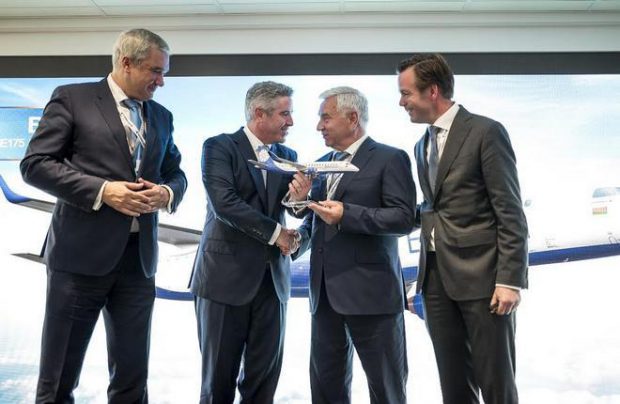 Belarusian flagship carrier Belavia has placed a firm order with Embraer for one each of the E175 regional jet and its more spacious modification, the E195. The contract was signed at the Paris Air Show.

Both aircraft should be delivered in 2018, the carrier says. The contract’s value is believed to stand at $99.1 million in catalog prices.

The Belarusian ailrine is among the most active operators of Embraer aircraft globally. Last June it ranked first in the OEM’s rating by utilization rate, with its Embraer fleet flying an average of 11.02 hours per airframe daily.

The two new airliners, which are being purchased as part of Belavia’s fleet renovation strategy, will enable the carrier to reach its traffic growth targets. Last year the Belarusian carrier outperformed its passenger traffic forecast. It carried 2.5 million passengers, up 19.1% on 2015.