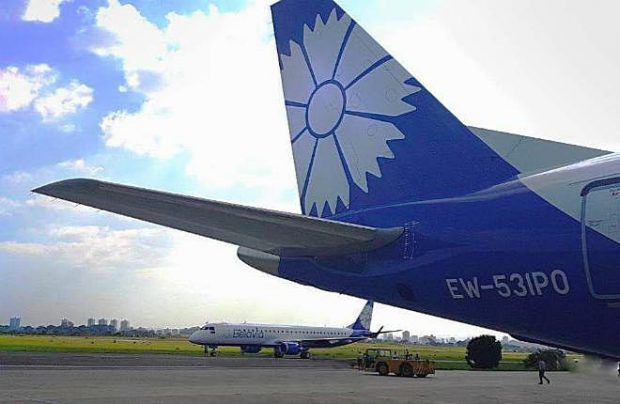 In line with earlier plans, two new Embraer regional jets have joined the ranks of the Belavia-Belarusian Airlines’ fleet. The pair –an E175 (tail number EW-531PO) and a bigger E195 (EW-532PO) — arrived at the Minsk airport base of the national carrier last weekend.

Both aircraft offer a two-class layout arrangement. The 175 is configured to accommodate 76 passengers, featuring 12 business class seats and 64 in economy, while the E195 provides 107 seats, 11 in business and 96 in economy.

Within the next 12 months, the airline expects to receive a total of five of the Brazilian-made aircraft: two E175s and three E195s. They will be delivered under an operational lease agreement with Nordic Aviation Capital Dac. Currently, one further E195 is expected to be delivered at the end of April, with the fourth and fifth due to be delivered in December of this year and in April next year.

Meanwhile, the carrier remains committed to four Boeing 737MAX-8s, the long-term lease deal for which was signed with Air Leasе Corporation (ALC) at the UK’s Farnborough Air Show last year, with the first of which is booked for delivery this May. It is unlikely to be delivered in time though since the type is banned from operating worldwide and MAX deliveries are suspended. Belavia is slated to add the further three -8s to the fleet by the end of 2020, so there seems no immediate pressure on its flight schedule.

In line with its strategic plans, half of Belavia’s fleet is to be renewed during the 2018-20 period. Belarus’ main airline’s fleet currently consists of 27 aircraft: five Boeing 737-800s, six each of B737-500s and B737-300s, and three CRJ200LRs. The airline intends to gradually replace its older units. In addition, the carrier operates four Embraer 195s and three Embraer 175s. With the new additions, the average age of the aircraft in Belavia’s fleet has been reduced to 14 years.