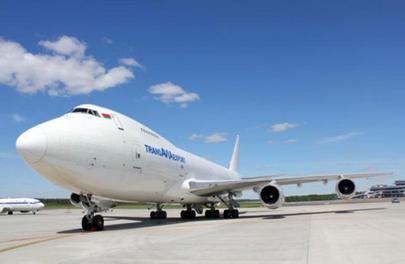 The airline took delivery of its first Boeing 747-200F in June 2015. In the future, both aircraft will be operated on dry-leasing terms, the spokesperson said.  The operator, which has been operating its first two-crew 747 for six months now, is planning to organize an own line maintenance facility and has already identified the training services provider for its technicians.

Transaviaexport’s fleet also includes 13 Ilyushin Il-76s, only five of which are currently in operation. The airline does not rule out giving up to six of the type away if clients emerge. It is also considering expanding its fleet, and has already prepared relevant proposals, which are subject to approval by the owners (the carrier is 99.88% controlled by the Belarusian government). Earlier plans to have the airline privatized were eventually rejected. The spokesperson said Transaviaexport could add new aircraft to its fleet as early as 2016, but could not specify the types.

The operator has filed an application with Ilyushin for at least two upgraded Il-76TD-90s, the first of which will be available in 2017 at the earliest. Transaviaexport’s interest in Il-76s is explained by the fact that it has a comprehensive maintenance base for the type.

“The Il-76 is a good aircraft, but its area of applications is shrinking,” the spokesperson explained. Therefore, introducing a new type is a “natural process accompanying the company’s development”. Back in 2013, when the airline started thinking of adding a new type, it was considering the Boeing 767.