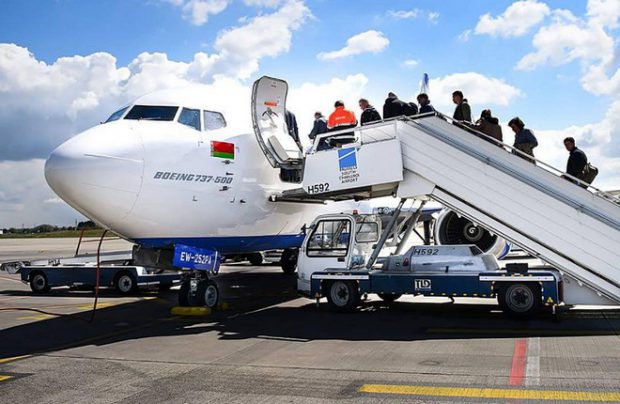 On the back of a record-breaking 2016, Belavia, the national carrier of Belarus, finished last year with an all-time high in passenger numbers, transporting more than three million in 12 months for the first time ever. The noteworthy 20.6% increase saw more than 33,000 flights performed in the period.

Taking advantage of the 2015 closure of direct air services between Russia and Ukraine, the carrier has continued to effectively build up its transit traffic. Although Belavia has not disclosed data on the volume of transit traffic for the past year, at a recent meeting at the Belarusian transport Ministry of Transport the authorities acknowledged that to increase the volume of air transportation, “work continues to develop and increase transfer flows through Minsk airport.”

The main transfer routes are from Russia’s Moscow and St. Petersburg to Ukraine’s Kyiv and Odesa, Uladzimir Kostin, head of the aviation department at the Belarusian Transport Ministry, confirmed.

The airline launched a number of new destinations during the year, including from Minsk to Brussels and Nizhny Novgorod, as well as from Vitsebsk to Kaliningrad. At the same time, frequencies were increased to flights on the existing routes between Minsk and Paris, Moscow’s Zhukovsky, and Almaty in Kazakhstan.

New routes from Minsk are planned for this year, most notably to Rostov-on-Don and Kazan (both cities host the upcoming 2018 FIFA World Cup).

Even though Belavia’s fleet remained unchanged last year, an agreement was concluded last July with Embraer to acquire two E195s and one E175, to be delivered between May and June 2018. Furthermore, a single B737-500 aircraft, which was under an operational lease, was bought by the airline.

“Passenger traffic is growing, our route network is actively developing and the level of service is improving,” enthuses CEO Anatol Husaraw.