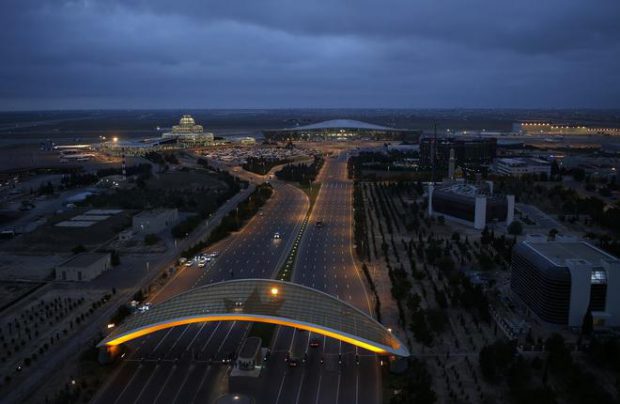 Baku’s Heydar Aliev Airport, a part of government-owned AZAL aviation holding, reported an 8.7% traffic increase in 2016 compared to the previous year. Last year its traffic reached 3.26 million passengers. The largest share of traffic, up to 83.5% was generated by international service. Out of this number 51.3% of passengers were carried by the parent AZAL airline.

In 2016 Baku airport handled 28 airlines. The largest of these, besides AZAL, were Russia’s Aeroflot and S7 Airlines, Turkish Airlines, flyDubai and Qatar Airways.

Last year’s most popular destinations from Heydar Aliev were Istanbul, Moscow, Dubai and Kyiv. Over 1.37 million passengers or 42% of the airport’s total traffic traveled between Baku and these cities.

The airport is expanding and upgrading its infrastructure in line with its strategy aimed at becoming a regional passenger hub.

It has not reported on its cargo traffic results. However, AZAL’s management assures that the airport has served as a cargo hub for the last several years, providing line maintenance and refueling to cargo airlines from around the globe. The hub disposes of two cargo terminals with the total capacity of 120,000 tons.