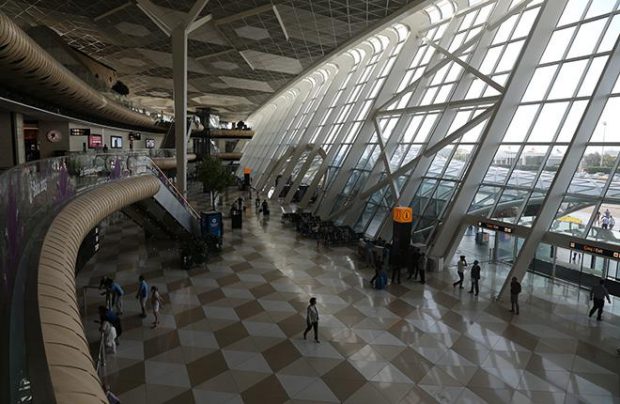 At the end of the year traffic growth through Azerbaijan’s main airport may reach double-digit rate (Photo by Fyodor Borisov / transport-photo.com)

From January to November this year Baku’s Heydar Aliev Airport, a part of state-owned Azerbaijan Airlines holding, handled nearly 3 million passengers, the airport’s authority reported. According to Russian Aviation Insider’s data, this roughly equals the number of passengers that traveled through the airport for the whole of 2015.

It is safe to forecast that at the end of this year the traffic through Baku airport will reach double-digit rate, as this has been the case in the last several months. In November the traffic grew 23% year-on-year and exceeded 231,000 passengers. In October the growth reached 19% to 265,000 passengers, in September – 29% (to 365,000 passengers), and in July, 27% (391,000 passengers). The airport had not reported on its results for earlier periods.

From January to November the most popular destinations from Baku were Istanbul, Moscow, Dubai, and Kyiv. These generated 1.38 million passengers.

From the beginning of the year the airport handled 14,500 tons of cargo. The cargo terminal’s capacity is 120,000 tons per year.