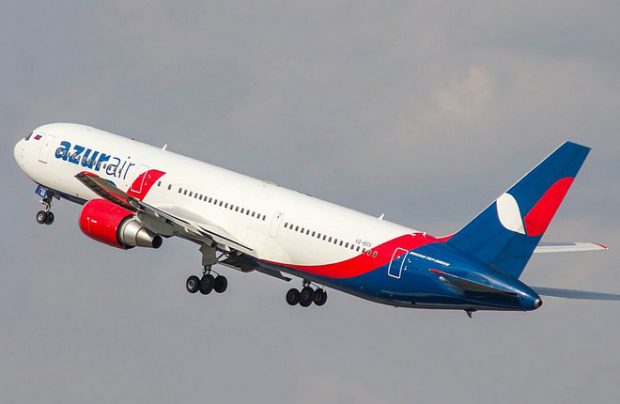 Azur Air, Russia’s largest charter airline, has transferred just one of its aircraft from a foreign register on to the Russian registration regime, and is not planning to place any more there, Pavel Tereschenko, Azur Air’s deputy general director revealed at the Wings of the Future 2019 international forum held in Moscow last week.

Azur Air was the first Russian airline to announce its intention to transfer “a significant number” of its aircraft – 10 Boeing 767s and Boeing 757s – on to the Russian register in 2018. But thus far only one B767-300 has been registered locally.

“We are not planning to [change the register] for any more of our aircraft,” he said, explaining that leasing companies have not been in accord with that decision. Apart from that, the airline has also run into some hurdles with the Russian-registered air-craft’s continued airworthiness. Tereschenko did not provide any further details on the matter.

Created in 2014, on the premise of regional carrier Katekavia, Azur Air has now grown into Russia’s seventh largest airline by passenger traffic and is accountable for one third of the country’s entire charter air travel market. In the first nine months of this year it served 4.53 million passengers, up by 38 per cent year-on-year.

In February 2018, Russian aviation authority Rosaviatsiya imposed a restriction on Azur Air’s Air Operator’s Certificate (AOC) based on its findings of shortcomings in the airline’s fleet airworthiness and the organisation of its flight operations. Within six weeks, the airline managed to fix those issues, after it changed its general director. Following this case, Azur Air then announced its intention to become the first airline to transfer a “significant part of its fleet” on to the Russian register.